Cyberbullying is a major and growing public health problem associated with increased risk of greater psychiatric morbidity and mortality among children and adolescents. Its prevalence, varieties, associations with other forms of maltreatment, risk factors and deleterious effects in different populations are poorly understood.

Furthermore, effective, evidence-based approaches to screening and prevention in different populations are lacking. Developing such approaches is challenged by the rapidity and unpredictability with which electronic social media and their uses change, particularly among youth.

To help improve the understanding of these important issues, our team conducted two IRB-approved studies that investigated the associations of recent cyberbullying victimhood with child abuse and neglect, depression and anxiety among 101 adolescent (12 to 17-year-old) psychiatric patients (51 inpatients and 50 outpatients). We administered a questionnaire about recent electronic social media usage and cyberbullying, the Childhood Trauma Questionnaire, the Trauma Symptom Checklist for Children, the Childhood Depression Inventory 2 and the Screen for Child Anxiety Related Disorders to each subject. We presented a poster comparing and contrasting the results of overlapping aspects of the two studies at the Florida Psychiatric Society and American Psychiatric Association Annual 2018 meetings.

Inpatient victims had significantly (p = 0.04) higher mean emotional abuse subscale scores than nonvictims, consistent with a vast literature showing that being a victim of one type of child maltreatment generally increases the risk of being a victim of another type and possibly suggesting that child emotional abuse may specifically increase risk of cyberbullying victimhood in adolescent psychiatric inpatients. However, outpatient victims and nonvictims did not significantly differ on any CTQ subscale score in our study. Additional and more rigorous studies are needed to elucidate the relationships between recent cyberbullying victimhood and other types of child maltreatment in different populations and the distinct effects of each on psychiatric symptoms.

Victims of recent cyberbullying had depressive symptoms that were significantly greater than those of nonvictims by ~1.5 SD in both the inpatient (p = 0.02) and outpatient (p = 0.03) settings, consistent with other studies showing positive associations between cyberbullying and depression. The large magnitude of this association and its consistency across studies points to its importance and demands further research.

Among inpatients, there was a trend (p < 0.1) toward mean anxiety symptoms on the Trauma Symptom Checklist for Children anxiety subscale being ~1 SD greater among victims than nonvictims; while in the outpatient setting, mean total, panic, generalized and school-related anxiety symptom levels were significantly greater by ~2-3-fold and there was a trend (p < 0.1) toward 1.6-fold greater mean separation anxiety on the SCARED among victims than nonvictims.

Larger, more rigorous, and prospective studies involving diverse populations are needed to confirm these preliminary findings, establish any causal relationships, and improve our understanding of the epidemiology and psychiatric effects of cyberbullying. Given the commonness of cyberbullying and its associations with worsened mental health, development of and routine use by clinicians of simple, age-appropriate screening instruments for cyberbullying may facilitate prevention efforts and improve care. Such screening instruments may need to be location-specific to account for regional differences in electronic social media use and they may require frequent updates to keep pace with changes in electronic social media and the use thereof. Further research is needed to develop effective methods for youths, parents, schools, law enforcement agencies, e-social media providers and other stakeholders to identify and prevent cyberbullying.

While our studies focused primarily on victims of cyberbullying, properly understanding the determinants and impact of cyberbullying will also require studying cyberbullies and those who both engage in and fall victim to cyberbullying. 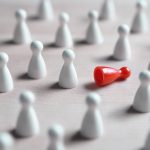 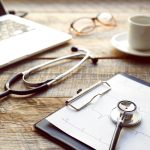