The trap had been set.  I arranged my baseball cards in the three boxes that I had arranged in a circle around my bedroom floor.  I checked again to make sure that anything of value had already been packed away in the dresser drawer in the closet.  Bill’s mom would be dropping him off in a few minutes.  I salivated as I thought about the bundles of cards he would lug up the stairs to my room.  I had spied his best material the week before.  He had a smattering of rookie cards as well as the old standbys.  I had my eye on his Don Mattingly.  Assuming that it wasn’t damaged in transfer, the card was in pristine condition.  Of course, I could have forked out the ten bucks and bought it from a  dealer, but I figured that Bill didn’t even know the difference.  Not being a collector, he was much more interested in our foundering Cubs players.  Taking candy from a baby.  My first lesson in business.

The art of deception

Bill couldn’t believe his luck.  He looked at the pile of cards stacked in front of his knees as he sat cross-legged in front of me.  He had all nine Cubs starters.  Before making a decision, he pushed each player into an imaginary diamond in front of him.  The outfielders on the periphery protecting their pretend wall of ivy.  Across from him, I sat with just one.  The Don Mattingly rookie card.

I waited patiently.  From working deals with collectors much more savvy than Bill, I knew that you couldn’t rush a trade.  Appearing too anxious could tip the other side off that you thought you were getting too good a deal.  And this was going to be a whopper of a deal.  The rookie could be sold and used to buy hundreds of lousy Cubs players.

Bill pondered for a few moments and then a twinkle formed on the periphery of his glassy eyes.  He grabbed his nine cards and placed them carefully into the box containing the rest of his mediocre collection.

I placed my card on the sideboard next to my bed.  Once Bill left, I would find a suitable plastic case to protect it.

The art of deception.  My first lesson in business.

Bill’s mom came a few hours later to pick him up and shuttle him back home.  By then we were immersed in role-playing the latest episode of GI Joe with our action figures.  We imitated the various characters voices and moved the figurines to and fro.  All the while, my eyes would wander up to the nightstand and glimpse the beautiful piece of cardboard that was now mine.

Bill’s mom helped him gather his toys and cards, and made a gentle attempt at tidying any disarray she imagined had to do with her son.  Before leaving, she looked at Bill sternly.

You didn’t make any unfair trades, did you?

Bill’s cheeks turned a rosy red as he sheepishly answered his mother.  I averted my eyes for a moment but recovered quickly.

No regrets.  My first lesson in business.

I slept poorly night after night.  I kept hearing Bill’s moms words over and over.  The pink of his cheeks as he squirmed through the answer.  It was only later that it hit me.  Bill, unaware as he was, probably thought that he had taken advantage of me.  In his untrained mind, he figured that he got nine cards and I only got one.

I pictured him tossing and turning in bed similarly.  Feeling bad and not knowing that I had, in fact, plotted out the whole playdate to get my hands on that one card.

We passed each other in the playground during lunch period.  Each of us averted our eyes for similar reasons.  We both realized that something dishonest had occurred.  Both of us felt guilty.

My first lesson in business.  The taste of victory is tainted by dishonesty.

I could tell you that I kept the card, walked away from our friendship, and rarely talked to Bill ever again.

Or, I could say that I invited Bill over the next week.  Made a foolish trade, returning to him the Mattingly in a lavish protective case, and accepted some horrendous grouping of the St Louis Cardinals infielders.

I’ll let you decide which ending you like better.

But I will share with you my first lesson in business.

It feels much better when all parties walk away from negotiations winning.

Am I the cold and detached physician? 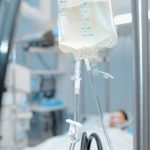 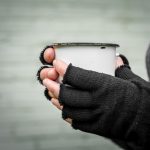