Kang Se-hoon, a surgeon in South Korea, operated on a popular rock singer and song writer in October 2014. According to reports, Shin Hae-chul had abdominal pain, and the surgeon performed laparoscopic lysis of adhesions. Without having obtained consent, he decided to also do a weight reduction procedure.

The patient was discharged a few days after surgery but returned a day later with fever and severe abdominal pain. Kang did not investigate the cause of the pain and instead prescribed pain medication. Shin Hae-chul was eventually transferred to another hospital where he underwent an attempt at life-saving surgery.

Ten days after the original surgery, he died of peritonitis, pericarditis, and sepsis. An autopsy revealed a perforation of the small intestine which had been leaking bowel contents and a hole in his pericardium which was inflamed. Evidence of a procedure to shrink the size of the stomach was also found.

A lawsuit was filed by the family. Kang was found negligent and also guilty of manslaughter. He was ordered to pay the equivalent of $1.41 million in damages to the family and sentenced to 10 months in prison plus two years’ probation.

Kang appealed the case, and in January 2018, the Seoul High Court not only upheld the verdict, it increased his prison term to 12 months. So much for the appeal.

Exactly how many US doctors have faced prison time for malpractice is unknown, but it is still considered rare. Here’s a recent example.

In September of 2017, a 71-year-old physician underwent a plastic surgery procedure at an outpatient surgical center in Beverly Hills, California. In the recovery room, the patient suffered a respiratory arrest. Despite the efforts of the Beverly Hills Fire Department, he died.

Articles about this incident were based on a press release from the Beverly Hills Police Department, and many details, such as whether personnel from the outpatient surgery facility had started resuscitating the patient or not, are lacking.

A three-month investigation concluded that an anesthesiologist had given the patient “a lethal dose of Demerol,” a drug few doctors prescribe these days. The police allege that the anesthesiologist himself was under the influence of narcotics at the time.

He was arrested and charged with [probably second degree] murder which carries a maximum sentence of 25 years in prison. His bail was set at $1 million.

Information about the number of doctors tried for and convicted of crimes associated with malpractice is sparse.

A 2008 post on the MDedge website said from 1809 to 1981, about 15 cases of criminal prosecution of physicians for medical wrongdoing occurred in the US, but between 1985 and 2004, at least 15 more cases, all involved deaths, took place. The article explains how malpractice suits differ from criminal cases. The latter usually comprise one or more of the following: “depraved indifference to human life, lack of timely response, reckless endangerment, risky therapies, gross negligence, intoxication, deception.”

The author concluded, “It is reasonable to expect prosecutors to become more active in filing criminal charges as public frustration with inadequate self-policing grows.”

Since not much has changed regarding oversight in the last ten years and physicians are now being held accountable for negligently prescribing opioids, I expect the number of criminal cases will increase.

A physician's tribute to her father 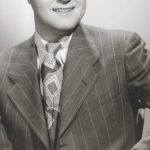 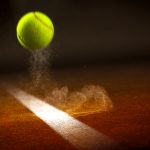 What could be worse than being sued for malpractice? Prison.
7 comments