On a Sunday afternoon, I arrived at the hospital for my psychiatry ER shift. As medical students, we keep an eye on the track board for new patients to see. Two names turned bright red, and I chose to follow Jackie Swanson*. Her initial ER evaluation read “Patient is a 30-year-old female here for SI, HI, and AVH in context of recent sexual assault and cocaine use.” She was brought emergently by ambulance after being found unconscious at a gas station several miles away.

When I walked through the bay area, I saw a patient in every bed. I soon found Jackie at the end of the row. Her hands, arms, neck, and eyes were covered with myriad odd but cool tattoos. She was visibly emaciated and was tearful as she said hi to me. Before we started the interview, she slowly motioned with her hand for me to pull both curtains around us.

“Listen to me. If I get discharged, I will do drugs and shoot myself in the head.”

Jackie has a history of schizophrenia, PTSD, and drug abuse. As a child, her mother was a drug addict. She would give her to men every week who brutally raped and assaulted her countless times. As early as she could remember, Jackie suffers from flashbacks and hallucinations. It began as hearing the voices of her deceased aunt and brother. Over the next several years, the devil appears to her every day and says disparaging statements:

No one loves you.

Everyone that you knew are gone.

They raped you because you are worthless.

Fill up the bathtub to the top and drown yourself.

To fight off her hallucinations, Jackie started using drugs. It started with meth and marijuana and graduated to cocaine and heroin. After losing custody of her sons, she spiraled into depression and had thoughts on and off about suicide. In February 2015, she overdosed on cocaine and woke up in the hospital on life support.

“I was becoming my own mother, doing coke and whatever I could get my hands on. I sold my body for more drugs … I became a violent person and several times wanted to end my life.”

Towards the end of the interview, I asked Jackie if she works and she told me in a more silenced voice, “I do travel … I’ve been moving throughout the state for the past year or so.” Her tone was very alarming, and I then asked her the following questions:

Have you ever been forced to do work you didn’t want to do? – “Yes.”

Have you ever been forced to have sex to pay off a debt? – “Yes.”

Does anyone hold your driver’s license? – “Yes.”

Have physical abuse or threats made you fearful to leave your job? – “Yes.”

Has anyone lied to you about the type of work you would be doing? – “Yes.”

In late 2016, Jackie was approached by a meth dealer she’s known from many times past. If she would sell his product, she would have access to “all the meth in the world.” She would also be protected and have a place to stay. She accepted the offer and started working for him.
Subsequently, Jackie has been exploited and sex trafficked for the past 18 months and has been to the ER several times for nonspecific cough and headaches. No one has ever screened her for human trafficking.

“I went to the ER so many times because I wanted help. I am sick and tired of being ignored; I’d rather be dead right now than to be raped again … Everyone that has beaten and raped me are the ones I want to kill. Not you or any doctor here.”

After getting into a fight with one of the men holding her captive, she escaped and ran. She ran until the soles of her feet bled and blacked out at a gas station. Now, Jackie is here in front of me. Alive.

When I approached my attending to present, she said, “Come back a little later.” The resident I presented to did not express my concerns, though he promised that he would see her soon. He never did. When I spoke with the social worker, she dismissed my claims that she was a victim of human trafficking.

“She’s psychotic and not coherent. Much of what she is saying is likely not true.”

I was disheartened and confused as to why a patient was being allowed to fall through the cracks. Jackie was in limbo and still a great danger to herself. After rounding on my patients the next day, I walked downstairs to the ER to talk to the on-call attending. The first person I met was that attending who by faith held Ms. Swanson’s voluntary admission form in her hands.

After arriving to the inpatient unit, I continued to work with Jackie for the next two weeks and witnessed marked improvement of both her mood and overall outlook on life. No more thoughts of suicide or homicide. No more visions or voices of the devil.

On my last day on service, I discussed the discharge plan with Jackie and talked about her hopes for the future.

“I will take charge of my health and stay sober. Nothing in my life means more to me than my two boys. I hope to one day see their faces again and see them graduate from high school and whatever they go on to do from there.”

In the ER, you will encounter complex psychiatric patients who have multiple issues including suicidal and homicidal ideations, substance use, mood disorders, and sometimes human trafficking. As a medical student, you should be a steadfast advocate for your patients especially if you feel they are not getting the attention and medical care they deserve. Ultimately, it is quintessential that an accurate history is taken, safety concerns are addressed and the best treatment decisions are implemented for a victim of human trafficking.

Ton La, Jr. is a medical student and student editor, the New Physician. 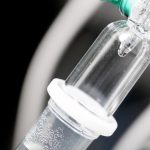 How to ask for a great letter of recommendation for residency 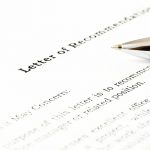 We must advocate for our most vulnerable patients
5 comments