When I was in fourth grade, I won our school’s spelling bee. This meant that I went on to the next tier of the local spelling world — the sort of prestigious competition that takes place in a gymnasium somewhere with a makeshift stage and a bunch of flags.

I was the first kid disqualified. I misspelled veterinarian “veterenarian” and battlement “battlemint.” I remember feeling, in the moment the announcer said, “We are sorry …,” that it was incumbent upon me to exit stage-left with equanimity. But when the spelling bee was over, I wept like only an ashamed child can weep. As we walked back to our car through white-washed cinder-block hallways, I remember my parents saying they were “proud” (which was confusing) and strangers expressing pity (which was demoralizing). Such is fourth grade.

Someone told me that in life, big fish in a little pond become big fish in a bigger ocean. But in the ocean, big fish are more likely to get eaten or starve. The food chain has more predators and the resources are subject to more competition.

In my fourth year of college, I won our school’s highest undergraduate honor and was accepted to all three of our state’s medical schools, so I felt like a big fish moving on to the next tier. But when I entered medical school, everyone was a big fish. They had all won their school’s fourth-grade spelling bee and their college’s top honor, and the competition and pressure and workload were so intense, I constantly felt as if I was swimming in an environment in which even oxygen was in short supply. It got so bad I even took a year off to get a master’s degree and explore my choice of medicine altogether.

But I came back re-enchanted, inspired, and focused. I entered “The Match” with gusto and hope. And in my last year of medical school — this year — on March 12, 2018, I opened an email at 11:01 in the morning that started with, “We are sorry, you did not match to any position.”

For the uninitiated, the National Residency Matching Program’s “Match” is how all fourth-year medical students discover where they will spend the next several years of their training (and life) after medical school. It’s arguably both the greatest hope and the greatest fear of the medical student, for it can mean vocational fulfillment, discontentment, or going unemployed while carrying immense debt.

Throughout fourth year, medical students apply to residency programs, seek counsel from mentors, interview, sweat, schmooze, and eventually, submit a “rank list” that orders the programs they interviewed with in order of where they would most like to “match.” Residencies submit their own, similar ranked lists of applicants. Then, both lists are matched using an algorithm that determines the best fit for each applicant and program. While it might sound like something from The Hunger Games, for the vast majority of students and programs, the Match really does work, and it is a good thing.

So let me be clear, I know that my failure to match wasn’t because “the system is broken.” I didn’t match because I had poor board scores and a low-class percentile and I’m going for OB/GYN, which is an increasingly popular and competitive specialty. In some ways, I’m receiving the consequences of my choices during the early years of medical school, and there is a terrible justice to it.

Match results are announced in the Spring, on the same day, at the same hour, for all medical students. During “Match Week” (this year, March 12–16), students discover on Monday whether they matched and on Friday where they matched. The time in between is for those students who did not match (less than 5% of the applicant pool). They enter the “SOAP” (Supplemental Offer and Acceptance Program), which allows students to enter three additional “rounds” of applying, re-applying, and responding to offers in residency programs with unmatched (or unfilled) positions. So the time between Monday and “Match Day” on Friday is for waiting and hoping. The time after is for either celebration or something like mourning — the time I’m in now. Exiting stage-left, again.

When it finally sunk in that I hadn’t matched in either the main match or the three supplemental SOAP rounds, I thought of hope and hell and Dante — “Abandon all hope, ye who enter soap” — because SOAP was entering a hell of sorts. The five or so of us unmatched medical students at my school didn’t acknowledge each other, preferring to escape into our computer screens to learn about unfilled programs and tweak (or better, contort) our personal statements. Fifteen or so administrators, clerkship directors, family, and support members looked on with faces of pity. A few people cried. Some had their jaws clenched. Most avoided eye contact altogether while a few overcorrected, staring awkwardly at whoever would look their way. Shame was in the air like second-hand smoke.

The type of identity crisis a medical student experiences by not matching does the same thing — it’s the sort of event that rips you from your little earth only to drop you in a new landscape with new paths that make not matching look like the sort of melodramatic problem only a privileged child of postmodernity could complain about. There really is something inconclusive about it, even as there is something unresolved about the worst of disappointments. As one of my friends recently put it, it’s either “the worst thing ever” or it’s something strangely exciting and even freeing — an opportunity. Yes. Both. It feels like the worst sort of obstacle, but also a brutally solid adventure — a battlement that is both a closed wall and an open portal — a window into a new, real, and wild work. 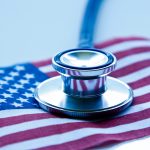 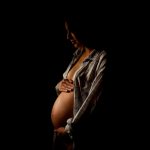