I had one dream throughout childhood. (It certainly wasn’t to be a seven-figure failure!)

To play basketball.  Now before you start to criticize me for my grandiosity, the goal was more simple.  I had no plans of playing in the NBA, or even college for that matter.  I had one simple goal-make my high school basketball team.

Easy you say, right?  Well, the team was super competitive, and most of my classmates had at least a half a foot on me.  I was new to the school system and had few friends.  I envisioned the team as my entrance into this new community.  I could belong.

My dreams started before the school year even began.  Every day I was on the court.  For hours.  Shooting from almost every position.  Doing dribbling drills.  Jumping into pick-up games.  By the time school started, I figured that my chances were pretty good.

Tryouts lasted three days.  I shone brightly the first, but then choked horribly the next two.  I still remember the last day so clearly.  Sitting among the group of kids who wasn’t going to make it.  Somewhere I knew that my chance to fit in, form a community, was slipping through my fingers.

The coach gathered us around, talked in quiet tones, and thanked us for coming.  We wouldn’t be making the team this year.

I’m sure you are imagining that I am now going to tell you about how I worked even harder and made the team the next year.  I didn’t.  In fact, this was one of the many gigantic failures of my childhood.  Being an adult hasn’t been easier.  There are so many.

Yet as I sit here typing away, my net worth is well into the seven figures, I am happily married, and I run a successful medical practice.

How is this possible? How can I have fallen down so much and still be a seven-figure failure?

The key to success

The one saving grace to all this failure, it didn’t stop me.  After falling down so often, I jumped back up, dusted myself off, and started again.  I feel safe in saying that I failed 2 to 3 times as much as my friends.  But I also jumped into ten times as many ventures.

As my list of failures grew ever longer, so did my smaller list of accomplishments.  The knowledge I accrued during all these false starts multiplied.

One of the best pieces of advice I ever got: Throw everything up against the wall and see what sticks.

I own and ran several business.  I originally sold baseball cards as a kid.  Then it was art work.  Finally, real estate stuck.

I put myself out there as a teenager and asked many girls out.  They turned me down one by one.  But eventually one said yes.  The important one.  And now we are married and have two kids.

Don’t be afraid to fail

You too can be a seven-figure failure.

Just keep trying, and eventually, something will stick.

Have you ever failed at anything?  What did you learn? 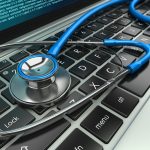 Why physicians should respect the pain patients report 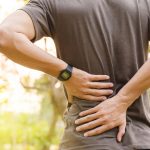