“I just don’t get it,” sighed the young mother, who was propped up in a hospital rocking chair, nursing her beautiful two-day-old infant. Mary (not her real name) continued, “I’ve been doing everything right. I have a job, an apartment, I pay my bills, and look” – Mary nods towards a shiny new black and pink infant car-seat sitting in the corner, “I even have a car seat. I’m ready.” As one of the pediatricians on the medical team caring for her baby, I had just explained to Mary that someone from the state social services office was going to be coming to investigate her case – and she was struck with shock and fear. Mary was in recovery from an opioid use disorder, and though she had been stable on a medication to treat her addiction, methadone, for two years, we had been obligated to make a report to social services because Mary’s drug test confirmed the presence of methadone.

For women with opioid use disorders in recovery and on medications, the decision to become pregnant can be met with resistance. When Mary decided she was ready to be a mother, her doctors did not think that was such a good idea. “They tried to convince me I shouldn’t have a baby on methadone. That the baby would be an addict. What was I supposed to do? Go off my methadone and risk relapse?” Like Mary, many young women in recovery are told by their doctors that they should do anything possible to avoid having a baby exposed to opioids. The life-saving medications buprenorphine and methadone that are used to treat opioid use disorder are often portrayed to be as dangerous to the baby as heroin because they too are opioids and capable of causing physical dependence. To persuade women into using contraception or stopping their medications, providers tell them horror stories about “addicted babies” going through horrendous suffering, and a quick Google News search returns thousands of hits on the subject.

The reality is that there’s no such thing as an “opioid-addicted” newborn; addiction “involves repeated, difficult-to-restrain behavior intended to acquire and consume a drug in the face of destructive consequence,” while “dependence means that a person’s body has adjusted to a drug that has been repeatedly consumed such that they experience withdrawal symptoms in its absence.” We refer to this syndrome of dependence and withdrawal in a substance-exposed baby as “neonatal abstinence syndrome” (NAS). While it is true that untreated NAS can be uncomfortable and pose a threat to the baby’s health, this is actually a temporary and very manageable condition. It is treated initially with comfort care, such as rocking the baby, minimizing excess light/noise, and breastfeeding. In addition to the bonding and comfort that breastfeeding provides, small amounts of methadone or buprenorphine pass through breastmilk and can treat the baby’s withdrawal. If a baby’s withdrawal is deemed severe enough, then they are treated with small doses of opioids such as morphine, which is gradually weaned off over days to weeks, and there are no permanent damages.

Advising pregnant women taking buprenorphine or methadone for opioid use disorder to taper off of these medications is in direct conflict with recommendations from the Substance Abuse and Mental Health Services Administration (SAMHSA) and all of the professional medical societies that treat this population: pediatricians, gynecologists, maternal-fetal-medicine specialists, and addiction specialists. The recommendation to continue these medications during pregnancy is based on the fact that the risk of the baby developing NAS, a temporary and treatable condition, pales in comparison to the health risks to both mother and baby caused by untreated addiction.

When young women continue their medications throughout pregnancy and are supported in their recovery, they can often lead normal, productive lives, free of the chaos and dangers of addiction. Yet when their babies are born physically dependent on opioids, the mothers are blamed and stigmatized for taking the very medication that saved their own lives and helped them achieve success. I have heard from some patients who feel extremely judged by nurses, doctors, and their families. The excitement of planning to take their new baby home from the hospital is interrupted by the harsh reality of social services cases and the fear of their baby being taken away. And although these particular women are using their medications as prescribed, they still worry about potential child abuse charges; 45 states have prosecuted women for drug use during pregnancy, and the Pennsylvania Supreme Court is currently deciding a case on the subject that could forever impact case law.

As a physician training to take care of children, adolescents, and adults, I agree wholeheartedly with the missions of protecting children and increasing women’s access to family planning services. For adolescents and young women who are not ready to have a baby early into their recovery, ensuring access to contraceptive services is of the utmost importance. However, I am concerned that the inaccurate and frightening tone with which neonatal abstinence syndrome is often portrayed and the criminalization of substance use disorders may be coercing women into either preventing pregnancies they want or stopping the medications they need. Knowing that a future of stigma, shame, and potential criminal charges awaits them can be terrifying. If women receiving relapse-prevention medications are sent the paternalistic message that is it unconscionable to plan a pregnancy, and that there will be serious consequence of them doing so, their reproductive choice is essentially taken away from them. A balance must be struck between having a strong social services system to protect the welfare of children, and ensuring that responsible, loving, capable mothers who are overcoming addiction are not attacked or dragged through needless legal proceedings.   We should be helping these young women to make truly free and informed decisions as they plan their families – decisions in which either choice is supported with accurate facts and compassionate care. We need to strengthen these women’s sense of agency in their own futures.

Mary’s baby remained healthy for the remainder of her hospital observation, and never developed neonatal abstinence syndrome. She was discharged home from the hospital three days later, sleeping peacefully as Mary carried her out in the shiny new black and pink car-seat. As I watched Mary walk out of the hospital with her daughter, I could only hope that the stigma and distress she had expressed to me would not follow her. I do not know what became of Mary’s social services investigation, but I do know that the anxiety of possibly losing her child over a medication that had saved her life will forever stay with her.

We are sorry, you did not match to any position 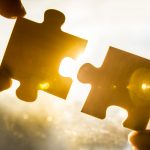 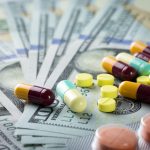 The struggles of women in recovery during pregnancy
3 comments