I’m a family doctor in upstate New York. My patients include active NRA members and ardent pacifists. Most probably fall somewhere in the middle — they own guns for hunting or encourage neighbors to hunt the deer that feed on their lush gardens.

As a mother, I tried not to let my boys play with toy guns when they were little. In a young boy’s imagination, though, everything became a gun — a stick, a newspaper, a finger. But I’m not entirely anti-gun. We’re some of the 40 percent of Americans who have a gun in our home. I’ve shot skeet (poorly) and aimed hunting rifles at targets. It’s loud and jolting and not really my idea of fun. I’d rather dangle my feet in a stream and watch frogs.

Sometimes my neighbors hunt with old-fashioned muzzleloaders and compound bows. They track their prey and bring it home for dinner. They don’t hunt with handguns.

Because I’m a doctor, though, I can’t ignore health risks posed by guns. Gun violence isn’t just about mass shootings. Suicides and unintentional injuries are in the top 10 causes of death in America. Approximately half of suicides involve guns yet there has been minimal research on gun violence since the NRA successfully lobbied Congress to prevent it over 20 years ago.

Gun violence isn’t a problem of the mentally ill. America doesn’t boast more mental illness than other countries. What it does have is a lot more guns.

So, if guns are the problem in school shootings why not arm teachers? Unfortunately, adding more guns isn’t the answer. People don’t behave predictably under stress. It’s biological; we react to danger with fight, flight or freeze. While we’d like to believe in an emergency we would fight (or at least run), many of us freeze. This is especially true when danger involves people we care about (and the teachers I know care deeply about their students). Arming civilians isn’t the answer.

Reasonable gun control measures are a good starting place. Domestic violence offenders shouldn’t have access to guns. Adolescents should use hunting guns only after they’ve been trained and tested. Waiting periods will save lives by preventing impulsive suicides.

High power weapons designed to shoot as fast as a finger can pull the trigger should be banned.

Change isn’t insurmountable. We’ve already witnessed this in businesses that no longer sell assault-type weapons and companies using their financial leverage to lobby for legislation. The new federal budget bill gave the CDC authority to research causes of gun violence, which should help guide prevention.

And the medical community is speaking up, too. The American Academy of Family Physicians once again urged gun violence be labeled a national public health epidemic. They also called for funding research and restricting firearms designed to increase killing capacity.

In February experts released a “Call for Action to Prevent Gun Violence.” In addition to universal background checks, banning assault-style weapons and promoting research they propose a public health approach that emphasizes prevention over reaction. Among other recommendations, they call for changing school culture and enhancing access to mental health services.

As a mother and doctor, I can’t remain silent believing this is just the way it is. There is a cure for this epidemic. It can be found in the voices of students, the medical community, businesses and government officials courageous enough to pass meaningful legislation. It can be found intolerant discussions among both sides, handled with care.

It can be found in your voice and mine. Even my gun-loving neighbor would agree. 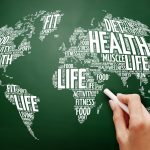 Money matters to how you experience medical training. It matters a lot. 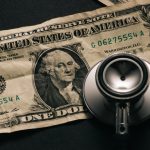