I recently received a call from a physician resident in the Northeast U.S. who had been notified that she would be terminated from her residency program for a “weak knowledge base.” There would be no contract offered to her for the coming academic year. She reports that her scores are no worse than several of her colleagues and that her accredited program has a history of arbitrarily dismissing residents. She has tried to speak to her program director to plead her case, but she reports being harshly rejected. This resident is now in a crisis state, scrambling to determine how to proceed. Should she fight the finding? Formally appeal the decision? Ask her program director (who is increasingly hostile towards her) for a letter of recommendation in order to apply to other programs? Try to find (and afford) an attorney? Or just quietly go away in order to minimize unpleasant interactions and potential retaliation?

Regardless of her actual medical knowledge base, test scores, performance or the faculty’s perception of her, our young doctor does not have any idea what to do about her termination. She doesn’t know who to speak to, what resources are available to her, what her rights are, or what due process is required to be offered her by her institution, ACGME or law.

Overwhelmed and confused, she will be acted upon by a system that she does not understand. Unless you have found yourself in a similar situation, you likely have not given these topics much thought either. If you were to find yourself in the setting of a disciplinary action or termination proceeding, getting up to speed on issues of due process can be time-consuming (when you have very little time to act) and overwhelming.

Academic due process typically lies outside of the purview of the courts, left to the individual educational institutions to design their own procedures and processes, and entrusted to the professional judgment of academic faculty who are thought to be better able to determine education and training qualifications than are judges and lay person juries. There are, however, certain requirements that case law has set forward for due process. The ACGME acknowledges two such U. S. Supreme Court cases in its Clinical Competency Committee Guidebook: Missouri v. Horowitz (1973) and Michigan v. Ewing (1985).

First, these Supreme Court decisions have determined that disciplinary actions must be the result of a careful, deliberate, “reasonable decision-making process.” The deliberations must be conscientious, rational and fair. They cannot be arbitrary or capricious. They also must review the entire academic record and a broad context of the student’s (resident’s) performance.

Second, any negative findings resulting in potential disciplinary actions must be clearly communicated to the trainee. There must be a “notice of deficiencies.” Third, there must be a chance and process for the student or resident to address those deficiencies, to repair them — an “opportunity to cure” the perceived failures.

Last year, a district court case in Indiana judged against Notre Dame’s application of due process, specifically involving failed representation at the appeals hearing wherein an advisor to the student is permitted to be present, but must remain silent and non-participatory throughout the proceedings. A Foundation for Individual Rights in Education (FIRE) article summarized the judge’s opinion:

Without counsel who can actively participate in a hearing, students may miss critical opportunities to respond to evidence, challenge testimony, and present an adequate defense…. Students aren’t ultimately able to adequately defend themselves against charges if they don’t know what the charges are or have an opportunity to acquire, meaningfully review, or present exculpatory evidence.

A Baltimore attorney who blogs on resident issues points out that it is common for academic institutions, including medical schools, to violate trainees’ rights to due process:

Policies limiting how attorneys can help their clients are violative of due process rights for many of the same reasons that they contravene common sense. Students, medical interns, and resident physicians are not trained advocates; they are familiar with the facts of the situation, but they lack the critical understanding of how to present those facts clearly and persuasively, question opposing witnesses, and argue legal issues. And the reality is that, in most cases, there is an imbalance in relevant experience among the non-lawyer participants. School representatives, such as deans and program directors who speak at hearings on behalf of the school usually have done so before. By contrast, the student is usually a complete novice in such matters. This imbalance is grossly unfair and undermines the academic integrity of the process.

As the ACGME points out in its CCC Guidebook, the purpose of the evaluative process is to make “an honest and good-faith effort to provide feedback to the resident/fellow with the goal of identifying both strengths and deficiencies for the resident/fellow to improve academic performance.” Ultimately, due process must support that goal of providing the resident the opportunity to improve. That is what training is all about. Any perceived deficiencies must be determined by careful deliberations which are then clearly described to the resident, who must be afforded the opportunity to cure those perceived failings.

When institutions fail to follow their own processes and procedures, when they violate the essential elements of due process as outlined in case law and contracts, or when (per the aforementioned Michigan case opinion) there is a “substantial departure from accepted academic norms as to demonstrate that the person or committee responsible did not actually exercise professional judgment,” the courts may find grounds to support legal intervention.

Physician residents have undertaken the responsibility, at great personal expense, to do what it takes to become trained and board-eligible in their fields. Medical school faculty have accepted the responsibility, the positions, and the salaries to train, assist and guide residents in that endeavor. Academic due process is a vital interface between the two parties. Demand that it be done correctly.

Why all physicians need mentors 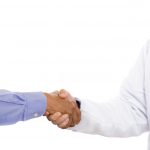 Everyone needs someone to be a safe harbor 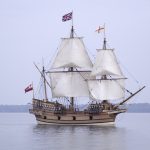 Medical residents and academic due process: Know your rights
5 comments