A frequent topic seen on this site and many other sites, blogs, and forums are the merits of using very low-interest financing for various things. The attraction is obvious. Not only do you not have to have the cash up front, but even if you do, surely you can do better investing than 0%, and if you borrow at 0% and earn at anything better than 0%, then you come out ahead. Leverage works. That’s a mathematical fact. What isn’t a fact, however, is that borrowing at 0% (or similar) is a good idea for you.

I’m certainly not guilt-free in this respect. Not only did I drag my mortgage out for a couple of years longer than we needed to (and came out ahead doing so) but we also pay our taxes using a credit card (for a mere 0.13% arbitrage, some float, and convenience) and have used 0% credit card deals to fund a Roth IRA in the past. But we don’t really do it anymore. There are a number of reasons for that, and I think outlining them will promote a great discussion in the comments section to this common question.

You spend more with credit

It’s more fun to surf behind when it’s paid for, and now that the mortgage is gone, it really is paid for.

First, let’s hit the elephant in the room. The fact of the matter is that the vast majority of people who take advantage of financing offers, including financing at below-inflation rates, are people who don’t have the money to buy whatever it is they’re financing with cash. The financing allows them to buy more or buy earlier than they otherwise would. This is the main reason these offers exist. These companies, whether they’re auto dealers, mortgage companies, or banks aren’t losing money on these deals in aggregate. So this leaves you, deciding whether to use your $20K in the bank for your new car or finance it at 0%, sitting there asking yourself if you are spending money you wouldn’t otherwise spend without this deal. The answer most of the time for most people is going to be yes. Any time you convince yourself that you can resist behavioral finance pressures that others cannot, a healthy dose of humility should probably be injected into the thought process. Remember that mortgage we hadn’t paid off while we were meanwhile buying a wakeboat with cash? In reality, we were buying that wakeboat on credit. The credit extended by the mortgage company. We weren’t investing the difference and earning better than 1.6% (the after-tax rate on our mortgage). We were spending it. Maybe you’re resistant to that tendency, and maybe drug company advertising doesn’t cause you to prescribe the advertised drugs more often, but it’s unlikely according to all objective data on the subject.

Next, it’s important to realize that 0% isn’t 0%. A typical “0% financing” deal on a new car is really only a 0% financing deal for the best of the best. You know, 800+ credit scores, etc. Maybe that’s you and maybe it isn’t, but it’s critical to realize that the vast majority of people who go in there to get that 0% deal come out with 1%, 2%, or even 5% financing, not 0% financing. And by then they’re emotionally attached to the car and are going to buy it even without the 0% deal. In fact, the financing desk is the last stop in that dealership after everything else is done. It’s hard to walk away after investing several hours into that new car you can already envision in your driveway.

In addition, most of the time (and perhaps not every time, but most of the time) that 0% deal is offered at the expense of something else. Typically with a car, it’s that the overall price is higher, i.e., you get a bigger discount with cash than with financing, but it could be something else you could wring out of the dealer like free oil changes for a year or something. There are no free lunches.

It doesn’t usually move the needle

These little “arbitrage opportunities” are generally just that, “little.” So you borrow $5K at 0% and invest it for a year at 5%. You made $250. That’s maybe 1-2 hours of pay as a doctor. Better than a kick in the teeth? Sure. But how much time and effort did you spend researching that, lining it up, and servicing it for a year? Subtract that from $250, and there’s probably not much left. Same thing if you borrow $20K for a car at 2% and then earn 4% after-tax on that for a few years. Maybe you get $1,000 after-tax out of the five-year arrangement. They all seem like wise hacks until you actually quantify them. Then they look like clipping coupons.

It’s like my tax bill arbitrage. So say I pay $50K as an estimated tax payment. I pay a 1.87% fee and then get 2% back on the credit card. 0.13% of $50K is $65. Even when you multiply it by 4 for the entire year, it’s only an hour’s worth of gross pay for a typical emergency doc. Even the six weeks of float (and the saved stamp) doesn’t add much more benefit. If it wasn’t more convenient to pay by credit card than by mail, I probably wouldn’t bother. It’s just not going to make any sort of measurable difference in our financial situation.

It distracts you from what matters

I think the biggest problem with using cheap financing for the typical reader of this site is that it is distracting. You’re using your limited time and energy on something that doesn’t make a big difference instead of elsewhere. If you’re spending your time hunting down 0% credit cards or $100 brokerage transfer deals, maybe you’d be better off starting a side business, streamlining your practice, negotiating your contract, rebalancing your portfolio, carefully examining your asset allocation etc. And that’s just the financial possibilities. Minimizing the amount of time you spend on finances is a worthy goal in and of itself. Go spend that time on your partner, your kids, your hobbies, your volunteer service, or your practice. I’ve had a few critics (rightfully) point out the reason we’re in such a great financial position is that we started WCI, LLC. That’s exactly my point. We didn’t spend all that time juggling credit card travel offers but started a business instead that has treated us (and millions of readers) much better.

One of the best parts of being wealthy is not having to wring out every single little dollar from your life that you can. You can afford to “waste” money (perhaps better stated as “use money to lubricate your life.”) You don’t take out a new HELOC every time your home appreciates $100K because you don’t have to in order to reach your financial goals. You don’t have to use a 0% credit card to fund your Roth IRA before the deadline. You don’t have to talk to the finance desk at the dealership, so you don’t. That sort of stuff helps me to feel rich, since there have definitely been times in my life when I did have to do that sort of stuff. Even if you find that you have to do stuff like this now, look forward to a time when, because of the wise financial decisions you’ve made in the past, you no longer have to do so. Being debt-free is just as much a status symbol as having a wakeboat in the driveway, and it’s one we’ve chosen to have. 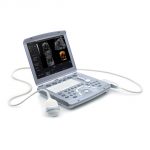 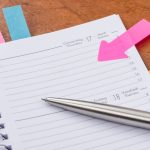 Why physicians should beware of 0% financing deals
1 comments