Physicians have a love-hate relationship with the electronic health record (EHR). On the one hand, doctors know they can’t provide the best possible medical care without them. And on the other, today’s EHR systems are cumbersome, clunky and slow physicians down.

Indeed, there’s much to love and much to hate about today’s EHRs, alongside a variety of ways to address the problems they create. One solution may lie in blockchain, the technology currently powering the cryptocurrency Bitcoin.

First, what’s to love about EHRs?

Simply put, hundreds of thousands deaths from heart attack, stroke and cancer could be prevented each year if every American had access to the level of high-quality care these EHR systems enable.

What’s to hate (or strongly dislike) about EHRs?

The first “electronic medical records system” was introduced in 1972. In the decades since, they’ve been designed and used mainly for billing purposes. The structure and application flow of EHRs are far from intuitive or user-friendly. To give you an example, here’s a search of EHR interfaces on Google.

Essential information, sure, but dizzying to sort through. And because of the EHR’s design shortcomings, it takes physicians much longer to enter and access patient data than during the era of paper medical records. Further, because most systems lack interoperability – an important function that connects one EHR to another – doctors have difficulty accessing patient information that comes from another office or hospital.

It doesn’t have to be this complicated. All around the world, app developers take complex databases and build easy-to-use consumer tools for mobile devices that simplify nearly every aspect of our lives. Medicine can and must be next.

How can we improve today’s EHR systems?

Have you ever asked yourself, “Who owns my medical information?” What about, “Who controls it?”

If your medical data is kept on your local physician’s office computer, the answer is that the doctor both owns and controls it. And in that case, none of your records are “comprehensive” or immediately accessible to providers outside of your doctor’s office.

Now, imagine you suffer a heart attack or stroke while visiting relatives out of town. Naturally, the hospital or emergency department (ED) caring for you will call your doctor to request your records because they don’t want to (a) give you a drug that will negatively interact with another medication you’re taking or (b) order a laboratory test you have already had, thus delaying treatment until the result comes back.

What usually happens next is mind boggling: The life-saving information kept on your doctor’s computer will most likely be transmitted to the hospital via fax. (For readers born after 1980, here’s a Wikipedia entry that explains what a fax machine is.) So, even if your information is entered into an office EHR, it is usually printed and faxed when another doctor or ED needs it.

But what if you receive your care from a group of doctors – say, a multi-specialty medical group that shares a common EHR? In that case, your data is available to all the physicians in that group. But when you require care elsewhere, the same problem surfaces. As strange as it sounds, even doctors in other hospitals and emergency departments using the same EHR system usually can’t see your data without undergoing several time-consuming steps. There simply is no convenient way for you to “hand over” your records to other doctors who might be caring for you.

It’s hard to imagine any consumer relinquishing this much control of their finances to a broker or banker. It’s your money and you want to manage it as you see fit. But in medicine, even though it’s your life and your health, your information belongs to (and is controlled by) your care provider.

The structure and processes now governing EHR systems were created to benefit their manufacturers and purchasers, not patients like you. EHR vendors could easily open up their software, connect their systems (making them “comprehensive”) and therefore make it easy for all your care providers to access your records. But they won’t do so voluntarily. To explain their reluctance, allow me to include a paragraph from my 2017 book Mistreated:

The manufacturers of the large electronic health records don’t want doctors using comprehensive systems, unless the only application used is theirs. They fear what interoperability between systems would mean for their businesses. If health-record vendors allowed third-party developers to access their application program interface (also known as an API, a set of protocols and tools used in new software development), all your medical information could be combined into a single, comprehensive system … This would be extremely beneficial for patients and physicians. But doing so would make it much easier for doctors and hospitals to switch from one manufacturer to another, therefore reducing what these powerful companies can charge for their software.

To avoid medical errors and improve quality outcomes, all the physicians we see should have access to our medical information, provided that information is kept private and secure.

Blockchain technology can facilitate these requirements. The word “blockchain” combines the two key elements of its technology: A “block” is a record of a transaction or an interaction, secured using cryptography (similar to the code-based encryptions common in medical practice). This block might be the sale of cryptocurrency from one person to another at a given price, as with Bitcoin, or it might be the record of a doctor’s office visit. The block is linked to all prior transactions or visits, thus forming a “chain.”

Work on blockchain technology began in the early ’90s and was expanded upon by Satoshi Nakamoto in 2008 for the creation (and exchange) of what would become the popular cryptocurrency Bitcoin. At its core, Bitcoin was created to eliminate the expense of, reliance on, and delays caused by banks as intermediaries. Now, regardless of whether you believe Bitcoin is great investment or a Ponzi scheme, its underlying technology (blockchain) is private, secure and reliable. Its foundation is the equivalent of an electronic public ledger, with a date and timestamp to establish ownership without the need for an intermediary, such as a bank. So, rather than allowing a single institution to control your financial data, blockchain is an open-access system that can’t be hacked, corrupted or erased.

Of course, caring for patients is different than transferring digital currency. There’s a massive amount of personal health information involved. As such, patient chains might date back decades, involving hundreds of visits and tens of thousands of pieces of data. It would be impossible for doctors to search the full chain and access specific information in a timely fashion. But this is precisely where independent developers could create clinically oriented apps that make EHRs easy to use; even mobile friendly.

And because the protocols of blockchains are universal, the applications in health care would all be compatible, never distorting the data itself. Therefore, all providers could safely access the information, and you would be able to take it with you regardless of whether you change insurance carriers, doctors or health systems.

Remember, underlying blockchain technology keeps the information secure. Today, a hacker who breaks into a hospital’s EHR can extract information on millions of individuals, including not just their medical data but also their social security numbers and private information.

Blockchain data points are protected at the individual patient level with a numeric public key, and/or a more complex privacy key. Therefore, if someone were to hack into an EHR system powered by blockchain technology, they wouldn’t be able to ascertain whose data it was or manipulate the information as they can today. Similarly, a physician with access to your medical record couldn’t look at another patient’s record within the same health system or hospital without his or her permission.

This sophisticated and intuitive technology could ultimately be used to replace all current EHR systems.

A single, national blockchain-based approach would allow patients to become the owners of their data. It would allow the information to travel with them – to every new ED, physician’s office and hospital – both safely and securely. It could be updated as soon as new data is entered, anywhere in the country. And it could connect all of our medical information for the rest of their lives.

Of course, nothing like this is commercially available at the moment. It’s the old chicken and egg problem: Developers are unlikely to create solutions without data already entered into a blockchain format, and no one will want to capture the information in that form unless it can be used for clinical practice.

But the important thing is that it could happen. After all, much of the impetus for cryptocurrency was born out of the desire to move money around the globe safely and privately (and, occasionally, for reasons of questionable legitimacy). Today, cryptocurrencies are becoming increasingly mainstream and their uses more mundane. The same gradual expansion in utility could happen in health care, though exactly how remains to be seen.

At some point, patients and doctors will no longer tolerate the shortcomings of today’s EHRs. And when they demand change, third parties will be eager and available to come to the rescue. They’ll need their applications to connect with comprehensive patient information in a form that’s safe and secure. And when they have it, they will develop an electronic health record worthy of 21st-century patient care.

As patients, we deserve to have our medical information available wherever we go for our care. And it can be done, whether by forcing today’s EHR vendors to open their Application Processing Interfaces (APIs) to developers or by requiring all systems to adhere to identical design standards.

Blockchain technology could be the catalyst that, someday, accelerates a massive change process in American health care. For the health of our nation, I hope that day comes soon. 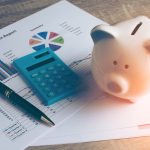 Doctors save lives. Let’s start saving our own. 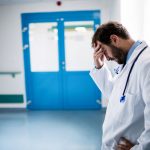