As he sat in the driver’s seat and started to whistle that dreaded Willie Nelson song, my heart started racing, and my world started to spin. While most kids may be annoyed hearing their father whistling that toneless noise, terror started seeping into my very bones. I knew what that sound meant and it was no Pavlovian response, but rather a foretelling of the horror coming. Simply put, it meant that he was in a bad mood. While everyone gets in funks at certain times in their lives, it is a horror show for those trapped in a home with a psychopath. And as a little child, I learned from a very early age what were the warning signs. Peace be to Willie Nelson, but I hated that song because I knew when it came, so did the pain, and there was no way to avoid it and no one who would help.

During the time that some kids are learning to ride their bikes or other normal childhood activities, kids like me learn how to be silent (not quiet) because the tiniest hint of noise can be a trigger to set off the anger. Some kids play house with their Barbies; I learned to tend their wounds and set their broken limbs before the time I started school. Yet, we never learn how to fix the broken members of our family. When a little kid scrapes their knee, they run to their parents for comfort. Some kids have those bruises because of their parents and have no one to comfort them.

We are taught in school the popular phrase: “Sticks and stones may break my bones, but names can never hurt us.” But, for those who never lived through abuse, they never heard the names we’ve been called: stupid, idiot, ugly, unwanted, trash and many more (most of them preceded by a curse word). I’ve been called them all and believed that I was mentally retarded until about second grade when I started getting better grades than my classmates. But, I still did not believe my teacher when she said I was smart because my stupidity was so ingrained in me. I was rather a stupid kid who got good grades. Kids who are abused do not make their parents proud. We are a burden, something they are stuck with and wish they could throw away in the trash. Names do hurt, often worse than any broken bone and leave scars that never leave us.

Parents are expected to serve as a role model for their children. But, abused kids are taught early that our parents lie, not only to us. Like when my parents took me to the ER when I was six or seven years old with a busted lip that needed to be sewn back together after being hit with a baseball bat. They told the hospital staff that I fell off my bike, right onto my upper lip. And they were believed. That was the day I learned there was no hope left that anyone would save me or care about me. Abused kids learn to survive their parents rather than earn their love.

As adults, we find out that many people knew about the abuse but chose to do nothing about it. What do you expect us to say when you tell us how bad you felt for us as children because you knew what was happening in our homes? You are part of the problem. Child abuse is an ugly business, and it is much easier to look the other way. But, what if you are the child trapped in the endless cycle of abuse, who did nothing wrong yet must learn to not only live with it, but to survive the torment and to defeat the monster under the bed? Some of us dream that our superhero will save us, until the day that dream is destroyed and we are left with the painful realization that we are all on our own; that the world doesn’t care about us either and we are indeed trash, completely disposable to the world.

In the U.S., currently one out of every eight children suffers some form of abuse. Studies show that many of them go onto to be abusers themselves. Many of them end up with addictions or mental health problems. Yet, the system has been markedly deficient in reducing rates of child abuse or treating its victims.

With the number of children being abused, chances are that if you’re a doctor or someone working in the medical field, you have treated a child who is being abused. If you are a parent and participate in your child’s activities, you probably know children that are being abused in silence. If you live in a community or city or town, you probably have seen a child who is the victim of abuse. My question to you is are you going to be part of the ugly web that rather hide the ugliness behind closed doors as a “family problem”? Or will you do something to try to save these throwaway kids from further atrocity?

The "problem" of dying with too much money 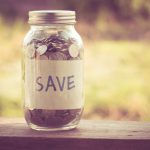 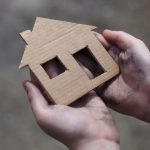 What happens to the kids of child abuse when they grow up?
6 comments