The mental health community must increase its clinical acumen regarding complex psycho-pathology consisting of the avoidant personality, social impotence, and related rage. School violence has taken on epidemic proportions since two disturbed adolescents masterminded Columbine and became role models for the mentally ill young men who drive the new culture of school shootings.

While the profile of the school shooter has evolved over the last couple of decades, it’s worth considering the behavioral patterns and psychodynamics significantly present in school shootings. For the mental health profession to increase its clinical efficacy with this very at-risk group, this consideration is imperative. The following can hopefully provide insight into this pathological scourge.

Shortly after Columbine, several of my young adult male patients with social anxiety said to me, in various ways, “I understand why those kids shot up schools.” I want to stress that these individuals did not have the DNA for such behavior, but the reason why they said what they did is important.

This reason is that these patients had experienced the painful experience of bullying and peer rejection, the emotional trauma of which created unresolved anger and rage. My patients were communicating their understanding of revenge for bullying, which at the time was considered to be the primary motivation. The Columbine assassins epitomized hatred for the social pecking order. Columbine represented the epitome of explosion and the power of revenge.

Research into the school shooter profile varies from articles claiming a “consistent profile” to a “differing profile from one another, in numerous ways.” However, there is a very strong correlation between aggression and the socially damaged who extract their revenge on peer groups.

Examples include the Sandy Hook shooter, who epitomizes a special needs- driven social disorder concurrent with sick parenting. The shooter at Virginia Tech displayed an obvious concern with his anti-social behavior and selective mutism. The shooter at Marjory Stoneman Douglas High School personifies a socially and emotionally broken individual and a broken system.

Despite educational campaigns that teach the positive power of introversion, human beings are social animals. When individuals are handicapped with social skills, social anxiety, and relationship development challenges, the result is often a void of pleasure and happiness. The sufferer may or may not be conscious of this void. The more this void of pleasure accrues, the more potential there is for anger and rage that creates a myriad of physical and mental symptoms when recycled in the human psyche.

The brilliant work of the late John Sarno, MD provides profound insight into the clinical realities of anger and rage. His thesis states that repressed anger and rage is so powerful that it inhibits the flow of oxygen into the bloodstream. This creates a condition known as Tension Myositis Syndrome, which is the etiology for physical symptoms not caused by biological organicity.

While the mainstream medical community questions this thesis, my clinical experience with thousands of social anxiety sufferers using Sarno’s treatment architecture has proven to be extremely productive. Bringing a patient’s rage to a conscious level and teaching channeling strategies have proved to be a primary dynamic for clinical success.

To further complicate things: while it is the responsibility of the media to report the news, focusing so much attention on the criminal reinforces the narcissistic pathology of the shooter. They know they will become infamous for their evil. Their revenge gives them the power they never had. Many are driven by the compulsion to score the most kills. Just like in many video games, the individual with the most kills becomes the winner. This often becomes a compulsion and core activity within the alternate universe in which many socially challenged individuals exist.

It appears that pathology homeostasis has been achieved with school shootings, given the intensity of societal forces working against one another. These forces include the void of mental health background checks, the superabundance of assault weapons, and the lack of clinical acumen by the mental health community regarding the rage-filled socially impotent.

As society searches for answers to this epidemic, the mental health community must step up to the plate and productively treat rage and the socially impotent, while working to increase awareness about the implications of the elusive avoidant personality.

Jonathan Berent is a psychotherapist and the author of Beyond Shyness, Work Makes Me Nervous, and Social Anxiety: The Untold Story. He can be reached at SocialAnxiety. 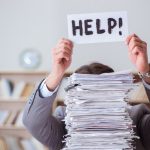 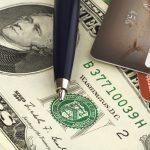