Unfortunately, there are some investors that have been left behind. They sold their stock in 2007-2008 and never got fully back into the stock market. For example, a reader on the Bogleheads forum recently posted this question:

“I have had about $450k sitting in cash for too long and naturally have missed out on this great bull market…I know the market cannot be timed, and in the long, long run it should be up, but it still makes me very uneasy knowing we HAVE to be towards the end of this long bull market …”

What should an investor in this scenario do?

This is not an uncommon scenario

If you read enough financial forums, a lot of people like to gloat that they stood strong and did not sell during the financial crisis. But now that we’re almost ten years on from the crisis, it’s important to remember just how scary the 2008 financial crisis was to investors. Remember that even Jim Cramer was advising some investors to sell holdings that they needed in the next 5 years. There was that much fear in the market.

Over time, investors who sold out of the market began to wade back into the market. Slowly, but surely, more and more investors came back in. But some investors never came back. The scars of the stock market losses during the financial crisis can run deep.

Tips for wading back into the stock market

It’s OK to jump in, even at these price levels

If you’ve been on the sidelines, it is best to invest now. Even though you’ve missed out on years of stock market gains, that doesn’t mean that the stock market won’t continue to rise in the future.

Forget your past mistakes

You need to forget that you missed out on the last eight years of gains. Focus on what you can control, which is your current allocation and your future investment returns, not how your investments have performed in the past.

Learn from your past mistakes, but do not dwell on them. Trying to make up for past mistakes (i.e., by investing too aggressively) is a recipe for compounding those mistakes.

However, for this person, I would actually advocate a dollar-cost averaging approach. This investor has been on the sidelines of the market for years, as the stock market has risen. There is some trepidation about stepping back into the market. As a result, the psychological benefits of dollar-cost averaging outweigh the costs of taking your time to invest in the market. If he invests in the market and the stock market suddenly declines, then he may reverse course and exit the market, possibly for good.

Be more conservative with your asset allocation

For someone who has chosen to sit on the sidelines for eight years, there clearly is a fear of the stock market.

However, the psychology of investing is critically important in this special scenario, as an investor who has missed out on years of market gains could exit the market (possibly for good) if he or she sustains losses (even if short-term) shortly after investing. For this reason, I would suggest dollar-cost averaging over lump sum investing in this scenario, as well as a more conservative asset allocation.

What do you think? If a friend missed out on the 2010s bull market, how would you approach helping them to get back into the market? 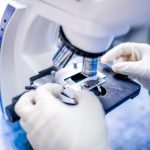 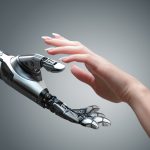 So you missed the bull market. What can you do now?
2 comments