Given the current state of health care, I have imagined the following hypothetical conversation between a patient and a doctor:

Patient: “Doctor, I’ve come to learn from reading somewhere that the current overarching goal in my care is for the signs and symptoms of my various conditions to be treated, but not the conditions or diseases themselves. Is this true?”

Certainly, this is a hyperbolic scenario. But the distance “along the winding curve” between the zone of a more down-to-earth episode of health care and the zone where exaggerated and fictitious elements may be thrown in, nowadays, does not seem as far apart or as remote from each other as they should be.

The excessive grip of the modern health care administrative checklist of “tasks,” “assignments” and “chores” requiring completion — in conjunction with the standard routines and protocols of clinical patient care, can only make such an absurdly-humorous clinical scenario the more realizable. Administrative data-capturing and completion burdens now physically obstruct health care practitioners from accomplishing the clinical duties of patient care, both at the time of a patient encounter and most apparently after a clinical shift is finished. The obstruction is both in an immediate and tangible form and in an abstract form.

An immediate, tangible consideration would be getting insurance pre-authorizations and approvals for procedures. A hyperbolic example of this would be a doctor saying, “Well, the insurance decided that the tumor on your liver was only one-third malignant, and the other two-thirds shouldn’t be causing a problem, so I’ll just have to be really careful with this endoscope doohickey when I put it in to cut the bad section out. You know, it ain’t like slicing a piece of cake!”; Or at the back-end of the revenue cycle, justifying medical necessity for patient treatment — “Sorry, I can’t diagnose pneumonia unless I see one of your lungs poking out of your throat after you cough. So, no antibiotics for you! Instead, let’s try chanting, mantras, chicken soup, and some piping hot chamomile tea. They say laughter is the best medicine, know any stand-ups acts nearby?” Once again, these depict exaggerated doctor-patient interactions at the moment only appearing in perhaps fictional narratives. But the ever-growing third-party scrutiny and regulations in health care, in the names of “cost containment” and “value-based care,” are making such exaggerated scenarios quite a bit closer to realization than even would have been ten or fifteen years ago.

The more abstract manifestations of this obstruction have to do with the now conflicting micro-level vs. macro-level health care requirements — the obligations inherent in individual patient care against the ongoing collection duties that are a parcel of health care population management (a patient vs. a member of a demographic set or population group, a face in a crowd of faces, a name in a list of names, and so forth). The elements of documentation that make up the modern-day comprehensive medical record (the history & physical Report, the discharge summary, the daily dictated or scanned physician and non-physician progress notes, and so forth) These were formulated by physicians in the American College of Surgeons almost exactly a century ago, were originally designed to chronicle care and treatment given for recognized patient conditions and diseases. Now, more and more, this patient record is merely inputted into a vast electronic tool for feeding the maw of data aggregation (macro-level summarizations of warehouses and repositories of general medical record data).

I see the act of calling doctors as “providers” as but one piece of an overall troubling conceptual turn. Soon, will the “doctor-patient” relationship be referred to as the “provider-client/customer” relationship? Thematically becoming similar to the futuristic posits of cautionary stories of thirty, forty or more years ago, when budding utopias necessarily descended into dystopias. Would we all eventually become listed as “clients” of something, or worse, as “assets” of something?

I wonder if the current administrative burden will reach a point when it will now make the practice of health care itself detrimental to its own practitioners — so that the ancient, venerable Hippocratic dictum will now require an addendum for health care practitioners, the physicians, and nurses — “first do no harm (ourselves included)?”

Rene Datta is a medical coder.

Do millennials have the key to fight burnout? 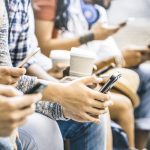 Primary care physicians are on the front line of the opioid epidemic. Help them. 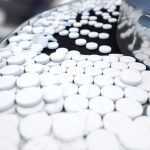 Is the physician-patient relationship becoming a provider-client one?
3 comments