The last few years have been marked by public outcry over the costs of novel prescription drugs, such as the hepatitis C medication sofosbuvir (brand name Sovaldi), which are highly efficacious but extremely expensive.

On the one hand, sofosbuvir produces cure rates of  >90%, a figure that seemed unthinkable a few decades ago. On the other, it is priced at approximately $1000 per pill ($60,000–$90,000 for a treatment course), making it unaffordable for many patients. This price tag has spurred physician and advocacy groups to call for price lowering so that more patients can benefit. In turn, the drug manufacturer has defended its price point by giving sofosbuvir’s high efficacy. Fundamentally, part of the disagreement is one of value. What is an appropriate amount to pay for a medication with undisputable benefit?

A pair of studies published in Annals of Internal Medicine shed light on this issue through cost-effectiveness analyses of novel HCV regimens. In the first study, researchers showed that from a societal perspective, sofosbuvir-based regimens are more cost-effective than older treatment regimens for patients with genotype 1 HCV and potentially for patients with genotype 3 HCV.  Similarly, in the second study, investigators demonstrated that sofosbuvir-based regimens can be cost-effective for most patients, from the perspective of a third-party payer.

These analyses are important for quantifying the potential costs and benefits of treating HCV patients with sofosbuvir-based regimens. However, it would be incorrect for clinicians to simply conclude that we should provide unqualified support for novel treatments because they are deemed cost-effective. Instead, physicians should recognize a few critical features of these analyses:

No treatment is inherently cost-effective. Although cost-effectiveness is often attributed to a particular treatment (“such-and-such treatment is cost-effective”), we should always be mindful that treatments are cost-effective only in comparison to other treatments. In the Annals studies, new HCV regimens were compared with standard of care using older medications (e.g., ribavirin, pegylated interferon). If the analyses had compared new regimens against each other, or with “no care at all,” they would have arrived at different numbers and conclusions.

Given the current state of drug development, the comparisons made by the two studies are appropriate.  But other comparisons (and therefore cost-effectiveness evaluations) will become more appropriate over time.

“Cost-effective” does not mean “affordable.” As the authors of both studies have noted, new HCV medications will cost us money, and there are inherent tensions between the long-term benefits of treating disease and short-run challenges of paying for prescription drugs. For example, the first analysis varied the hypothetical amount that society would be “willing to pay” for new sofosbuvir-based regimens and arrived at conclusions based on different dollar cutoffs. Different cutoff points can lead to different conclusions in cost-effectiveness analyses. This is because these studies provide information about outcomes depending on our willingness to pay for a treatment, but they do not tell us if we ought to pay that much. In other words, they provide guidance about if (if we are willing to pay a certain amount, will the treatment be cost-effective at that amount?) but not should (should we be willing to pay a certain amount for the treatment?). The answer to the latter addresses the issue of affordability: It not only incorporates how we value health benefits but also how much money can be reasonably spent on medications to achieve those outcomes. That determination can only be made through ethical considerations and a public discourse about the value of health outcomes, not from results of cost-effectiveness analyses.

Ultimately, these studies contextualize the costs and effectiveness of sofosbuvir against other treatment options and a certain “willingness to pay” for the medication. This is helpful information insomuch as we can compare these results to those of other medications, procedures, and technologies. But these examples also highlight that “cost-effective” does not equate to “affordable.” As new efficacious but expensive medications emerge, I believe that this recognition will help clinicians better interpret similar study conclusions and advocate for patient interests through professional societies and advocacy groups. 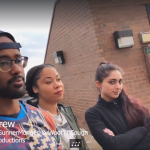 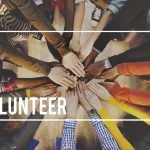 Are hepatits C drugs too expensive? Analyzing the pros and cons.
3 comments