There was once three brothers who set off on the journey of a lifetime by embarking on three separate roads.  Each brother was uniquely different, and quickly these roads diverged.

It was believed that the eldest brother was most wise because his path was clear and straight.

The middle brother was a strong walker but easily distracted.  It was hard to keep him concentrated on the task at hand.

And finally, the youngest was generally thought of as lazy.  He neither moved forward too quickly nor got distracted too easily.  He was just slow.  Deliberate.

The eldest of the three brothers had a concrete goal in mind, for he hated the road.  He never liked hiking.  So he saw the end as a destination.  A culmination of his struggles.  His thirst for finishing was so great, that he often skipped meals and sleep to plod farther along.  He suffered.

The eldest made great progress in a short time.  His physical fatigue and emotional weakness buoyed by dreams of all the things he could do once he reached his destination.  If only he could get there faster, he would be free.  Free to travel foreign lands, or, even better, climb the tallest mountains.

These dreams were the steam in his engine, the gas in his car.

When he finally came to the end of the road, he did indeed enjoy a long period of freedom.  But the road had battered him both mentally and physically.

He sometimes wondered why he had been in so much of a rush in the first place.

The middle of the three brothers also wasn’t overly fond of his particular road.  But he neither had the strength nor determination of his elder brother.  So instead, he tackled a few miles at a time.  When he found his energy running low, he would follow a flight-of-fancy into the fields, or up a mountain.

Although these trips off the prescribed path lengthened the middle brother’s journey and cost him in terms of time, he found his joy refreshed and his stamina rebuilt with each extracurricular foray.

It was many years after the elder brother, that the middle brother reached the end of his road.  He had less time to enjoy his new freedom, but a little more energy.

The youngest brother was much slower and more deliberate than his elders.  In fact, he loved to hike.  So instead of looking at the road as a destination, he saw the path as a journey.  He spent countless hours leisurely walking down that road.  He noticed each and every tree, each and every splinter in the concrete.

He felt no need to hurry.  He felt no interest in pursuing a side path or other flight-of-fancy.

When the youngest brother reached the end of his road, he did something odd that neither of his older brothers could understand.

He turned around and started to walk back the way he came.

Which brother are you?

You see, when I started this journey to financial independence (FI), I thought I was the eldest brother.

But after a little reflection , I actually have more in common with the middle brother.

And now that I have reached FI, I wish I had been like the youngest.

I will definitely teach my children to be the youngest.

Oh, and by the way, don’t forget each time to replace the road in the story above with the word career. 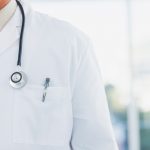 How writing fiction can free physicians 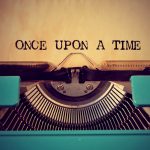