Many months have passed since the spring day when I was hit with the news from my yearly mammogram, but those typewritten words are forever etched in my memory: “The density appears greater in left breast.”

My doctor comforted me with statistics showing that mammograms aren’t 100 percent accurate — but she also lost no time in sending me to a surgeon named Dr. Prewitt. Upon meeting him, I immediately felt sure that I would be in good hands. He explained the procedure he’d use and answered my questions with clarity and a very welcome gentleness.

He expressed doubt about the diagnosis, but said, “I’ll schedule you for a parking-lot appointment with the traveling MRI-guided breast-biopsy machine.” (I pictured a brain on wheels.)

“The biopsy is minimally invasive,” he explained, “and it can locate the suspicious area precisely and remove cells that we can use to make a clear diagnosis. Based on what we find, we’ll make a treatment plan.”

Anyone would be anxious under the circumstances, but I felt particularly fearful. When I was in my early twenties, my mother had had a radical mastectomy, and I’d cared for her throughout her long, difficult convalescence. I vividly recall the pain she’d suffered: Any movement involving her upper torso was torture.

Now, picturing myself suffering the same agony, I felt paralyzed with fright. Normally, I would have enjoyed the new budding of the mountain foliage in early spring, but my days were shadowed by dark apprehension. All efforts to reassure me were fruitless.

The day of the appointment found me in a large eighteen-wheeler parked behind Dr. Prewitt’s office. The radiologist had me lie face-down on the examination table, with my left breast placed into an opening in the table, and Dr. Prewitt carried out the biopsy in short order.

That was one trial done. But the test results confirmed my worst fears: The suspicious breast tissue was cancerous.

I was scheduled for surgery, then sent to the local cancer radiologist to let her explain her part in my treatment. At one point she looked at me and asked, “Did you know that if they find that the lymph nodes are clear, you won’t have to go through intravenous chemo or radiotherapy?”

In that case, she said, my follow-up treatment could probably be limited to a single daily dose of tamoxifen.

Ecstatic at the thought of escaping chemo and radiation, I awaited the surgery. Still, as the date approached, my uneasiness grew.

Finally, the fateful day came. Upon arriving at the hospital with my daughter and friends, I asked for the chaplain, whom I knew, to calm my angst. She soon came, and her prayerful words were soothing but didn’t erase my anxiety.

I was rolled into the pre-surgery area to wait along with the other patients, most of whom seemed much more sedated than I was. When Dr. Prewitt came by, my fears hit a new high.

“We’re just removing some fat,” he responded with a smile. “It’s a simple operation. You’ll do just fine.”

“But it’s my fat,” I countered, thinking, You don’t know me very well if you think I’ll be reassured by the scientific facts you’re offering so confidently. Feeling even worse, I envied the sleeping companions lined up beside me.

Just as I felt I might explode into full-blown panic, I felt a hand on my shoulder. I looked up to see Sally Marsh, a young nurse whom I’d seen at church from time to time.

The warmth of her hand on my shoulder felt magical. Smiling, she kept her hand there for a minute or so. Her touch transported me to a place of soothing and ease — the place I’d been yearning for. Maybe it was the pre-op sedative at work, but you’ll never convince me of that.

Finally, I sank into an anesthetized slumber. After a time, I woke up again, dimly aware of other patients sleeping nearby. Close at hand, a man was singing softly to himself.

I must be in the recovery room, I thought groggily.

A nurse came by.

“Is that singing I hear?” I asked.

“Yes, that’s Dr. Ford. He gets points for his singing in here.”

Soon I was being wheeled back to my room, feeling no pain —and tremendously glad to be on the other side of my ordeal.

A few days later, on Easter morning, Dr. Prewitt regained his place in my affection when he called with the surgery results.

“I thought that this was an appropriate day to give you the good news,” he said. “Nothing showed up that will force you to have intravenous chemo or radiation. You’re free just to take a pill daily.”

Since that time, warm, gentle, attentive touch has become a deeply meaningful — even sacred — experience for me. I was not raised in a touchy-feely environment, but Sally’s calming gesture has opened me to a new, more welcoming attitude towards hugs, and I now make a point of having regularly scheduled massages.

Sally’s touch reached me on a far deeper level than rational thought, or even spiritual consolation, ever could.

In fact, for me, she held the power of healing literally in the palm of her hand.

Betsy Willis is a teacher and founder, Numina. This piece was originally published in Pulse — voices from the heart of medicine.

21 years later, a physician reflects on the changes in medicine 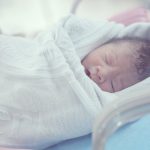 Doctors, don't be scared. Here's why. 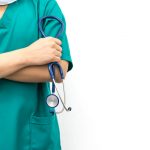 Do not underestimate the power of touch
2 comments