When I was 12, my father got into a bicycle accident resulting in traumatic brain injury. Although I was unaware of it at the time, this day became the first day of the rest of my life.

Despite having never seen either of my parents so much as have a sip of wine with dinner, I watched my father spiral into a crippling alcohol addiction that wreaked havoc on our lives.

As I entered my rebellious teenage years, I learned an important lesson: addiction fuels in others a desire to be overly accommodating, even as they simultaneously ignore a dire situation until it becomes intolerable — often, way too late.

The media has recently drawn attention to the urgency of the opioid epidemic. The Center for Disease Control and Prevention (CDC) reports over 63,600 drug overdose deaths in 2016. Newly released provisional data for 2017 reflects a continuing upward trend. But much of the surrounding discourse doesn’t acknowledge how addiction enmeshes itself in how we respond to it in our everyday lives.

The three following stories are about missed opportunities, breaking social mores around taboo topics and how silence leads to death. They are about how deeply woven the sources of addiction are into the fabric of our culture around substance use.

I met Lilly* in an adolescent detox during my second stay and her eighth. She was sixteen years old when she consumed enough methadone at once to peacefully fade away in her sleep, failing to wake for breakfast the next morning. The nurses knew her well and spared her the nightly proverbial medication check. That morning, staff panicked upon discovering her unresponsive in bed. But instead of informing us of her death — giving us perhaps the healthiest place to grieve — we spent our afternoon art therapy session making “get well soon” cards for Lilly. The double tragedy here was the missed opportunity to make amends for carelessness and to grow from the experience — for everyone involved.

Despite the lack of transparency about Lilly’s death, this reaction is pervasive in other realms also. I met James* the day I moved into my freshman dorm. I was drawn to the confidence of someone unabashedly dressed head to toe in tie-dye. We had become good friends by the time that I couldn’t sleep and found myself outside the residence hall at 3 a.m., desperate to savor the stillness that typically evaded a bustling city campus. There was James, smoking a cigarette, drinking in the night sky. “I haven’t been able to sleep in days, man. If I could just get some Xanax, I think I could sleep. Could you help me out?” he pleaded. Having climbed myself out of addiction relatively recently, I self-righteously snarled at him to never ask me for that again. Addiction makes people grovel in a way that’s painful to look at. Even if you’ve been there, it fills you with terrible emotions like disgust, pity, and embarrassment towards and for others.

I didn’t know that would be the last time I would speak to him. And when the news came that he had overdosed on heroin and Xanax, my world shattered. I prided myself on being the person that friends turned to for support. Yet, I had missed the opportunity to talk to him about substance use. In a sea of 40,000 students at a large university, James’s death went unnoticed. Like Lilly, he became another statistic.

This experience solidified my desire to work in the substance abuse field. After college, I went abroad to fulfill my dream of working in an outpatient rehabilitation center for women and their children. I was enthralled with the prospect of working in a country that heavily supported people who were struggling to overcome addiction. I couldn’t wait to step foot in an organization that embraced harm reduction: an approach that accepts total abstinence as unlikely but tries to minimize the negative consequences of drug use. It’s something I’d only read about in textbooks.

In my first week, I met Trisha*, one of the program’s great success stories. She had stably come off heroin three years ago and was working on tapering off of her methadone. We went to an outdoor adventure retreat where the woman could reconnect with their children and get away from the city for a few days. Who knew that death would follow me across the sea and swallow Trisha into its abyss?

The director claimed that she died of a mysterious heart condition that was unknown and belied by her dazzling showmanship in our archery games and rock climbing the previous weekend. With a morbid familiarity, I put on a black dress. I watched three grown sons carry their mother’s casket with tears in their eyes and a daughter whose knees buckled under her, wailing in the silent chill of a gray afternoon. The church bells solemnly rang, as hundreds of mourners stood with bated breath and heavy hearts. The silence continued and reverberated through the drug program for weeks after. I began to wonder why not even a model treatment program in a progressive country could discuss the elephant in the room.

If you believe we’re getting better at talking about substance use because of the opioid epidemic, then I would challenge you to consider how we memorialize those who die from overdose — opioids or otherwise. I am from a suburban town outside of a city that’s probably not unlike the one that you may be from or may reside in currently. My town was hit hard by prescription analgesics, and its remains have been ravaged with heroin. Frequently, my social media newsfeeds fill with the telltale signs of an old acquaintance dying from an unintentional drug overdose. Their friends post that the decedent is “another one gone too soon” or that they are simply “tired of losing people to this disease.” Everyone is afraid to name it.

We can call the opioid epidemic a “public health emergency.”

We can debate the legality of newly announced safe-injection facilities in cities like Philadelphia and San Francisco.

Jurisdictions like New York City can sue big pharmaceutical companies to demand penance for the havoc they’ve wreaked on their tenants. We can rally for the supply-side interventions targeting drug dealers, like President Trump has demanded and that have been ineffective historically.

Nearly 200 people die from overdoses in the United States every day according to the National Institute on Drug Abuse.

And yet, we’re afraid to have nonjudgmental, open conversations with friends, co-workers, and family members early on at the first signs of substance misuse. Instead, we wait until it’s necessary because our loved one has spiraled into deep, tumultuous oblivion. And we do so with shaming and social distancing. When you’re the child, parent, spouse, sibling, friend of a person suffering from addiction, no one tells you that the stigma felt from your loved one’s drug use is miniscule compared to the guilt, and overwhelming silence felt after he or she is gone.

We need to be better at reversing a culture that shames people for substance use and pushes their loved ones into silence, which euphemizes and sugarcoats and denies the problem — even after lives are lost. We need to stop blaming and start recognizing the cyclical patterns of addiction and how lack of visibility inevitably leads to death. Perhaps Lilly’s, James’, and Trisha’s stories wouldn’t have ended differently with open, nonjudgmental conversations about substance use. But I often wonder how many people might have been saved had their deaths become the starting point for others.

Ariel Hurley is a masters in public health and masters in social work candidate.

Why can’t my doctor get it right? Here are 4 reasons. 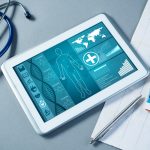 6 things this physician learned after retiring 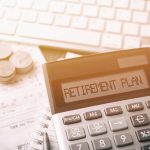