I had the honor and privilege of rotating for three weeks on the transplant service where I experienced a lot of great medicine, surgery and the ethics that intertwines them.  One late night on service I had the opportunity to travel to a different hospital and help the team harvest a liver and kidneys from a donor.  Never had I seen anything more amazing than what I witnessed that night in my 24 years of life.  When I first met the patient, she was already draped and prepped for surgery, supported by ventilators, and declared brain dead.  I never saw her face.  I said a small, quiet prayer over her body before it all began.  I knew what was coming by the end of the surgery and it just felt like the right thing to do at the time.  The only thing I really could do at the time.

The incision was amazing.  It started at the pubic bone, went all the way to the top of the sternum and spanned the full width of the abdomen.  I saw the lungs breathing, the heart beating, and the aorta and all the abdominal organs pulsating within my field of view all at one time.  Seeing living anatomy in situ was nothing short of awe-inducing.  It was a breathing, pulsating anatomy textbook, and I didn’t take lightly how much of a privilege it was to see the human body in that way.

She was young.  Aged 45. She had passed away from a drug overdose, another victim of the opioid epidemic taken from this earth too soon.  An interesting perspective I gained while on the transplant service is that the opioid epidemic is increasingly giving a new lease on life to people who need quality organs transplanted from young, relatively healthy donors.  It has been difficult to sort out my conflicting feelings about the death of one person and its ultimate benefit in the extended life of another.  In medical school, we often talk about healing, curing and even comfort care for the terminal but don’t often discuss death itself as a first step towards anything.

I watched her heart beat strong at first, then weaken as the surgery continued, until it started to quiver almost like peristalsis, before it eventually stopped. My attending warned me prior that this could be an emotional sight, but nothing really prepares you for how it feels to bear witness to someone’s final heartbeat.  The cold ice I helped to place in the abdomen afterward served as a transient, physical, if not also mental, numbing agent as there was more work to be done if we were to successfully harvest the organs, and give her death the meaning that it was set out for.

The next day, on another late night I was able to meet the recipient of the kidney and helped to place that kidney into his body.  I even got to put a needle in the renal vein!  It was a very emotionally overwhelming full circle journey for me to see loss of life bring such a vast positive change to someone else’s life less than 24 hours later.  He would finally be free from years of dialysis, be able to lead his own life in any way he wants, and spend more time with his loved ones.  The surgery had a positive outcome, and it changed his life.  It was all of the things that we hope for in medicine.  And though that was not the first kidney transplant I had seen, I was deeply touched because the donor was still so fresh in my mind.  It seems easy to work on deceased donor transplants cases when you never meet the donor.  You know where the organ came from, but you don’t have to confront any emotions about the organ itself when it is presented to you simply as a part of the body.

But as I have learned from other narratives in medicine, when you learn about a person’s story you can’t ignore it.  It touches you as you now carry a piece of them with you. That kidney belonged to someone with hopes, dreams, desires, and people they loved and cared about. It truly symbolized a simultaneous beginning and ending. How does one go about processing the knowledge that one family’s life was devastated, while another’s was given new hope?

I ultimately take from this experience an immense sense of gratitude that as a medical student I am exposed to enriching and thought-provoking experiences such as these.  I have gained a renewed sense of drive and purpose to continue to work hard in my future endeavors, knowing that patients share their most precious and sacred moments with us; the least I can do is my personal best to acknowledge that responsibility with respect and great care.

Julia Cartledge is a medical student.

Who knew I went to medical school to save my own life? 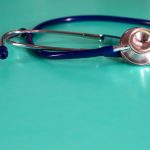 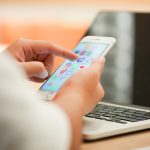