When I was an intern the Durham VA Hospital, there was a sign taped to the ceiling of one of the workrooms. It said in big, bold letters: SUBDURAL HEMATOMA/PULMONARY EMBOLUS. This was to remind all house officers, at work in the middle of the night, about likely diagnoses for mysterious or confusing diagnostic puzzles. When you slapped your head in desperation and looked up, you would see the answer. So, who knew I went to medical school to save my own life?

Some years after my internship, I began to have palpitations. They were highly irregular in nature, but not those of atrial fibrillation. They felt more like premature ventricular contractions that wouldn’t quit. They had no relationship to exercise, heart rate, eating, sleeping or anything else. This went on for a week while I was traveling and far from my cardiologist.

Finally, back home, I visited with my doctor who also happens to be my medical school roommate. My vital signs were all stable except for the occasional premature beat. This was reflected in my EKG which showed no ischemic changes and the occasional aberrant beat. I ran, on the treadmill, of course. At my maximum rate, my S-T segments may have gone down a little, but he wasn’t sure, and the tracing was of poor quality given I was at full jog by then. He told me he thought I was OK. I told him, “I don’t care. Cath me. Something is wrong.”

He did, and there was. I had major occlusions in two coronary vessels and was by-passed the following Monday.

Looking back, I can report that the palpitations did not abate after the successful surgery and I eventually had to have atrial ablation to eliminate the aberrant conduction tracts that were causing my atrial arrhythmias. But that arrhythmia probably saved my life because it got me to the doctor, scared me out of my mind, and convinced that I was going to die. In fact, I might have.

Flash forward to 2015. I was hospitalized for a major umbilical hernia repair in a new hospital with a new surgeon, who came highly recommended as the best. Two prior attempts had failed. The surgery went well, and I was recovering. Three days into my stay, I got up to wander the halls in the middle of the night, as patients often do in hospitals, the last place in the world to get a good night’s rest. I was accompanying my IV pole and drains down the hall when I became dramatically short of breath and very weak.

Crawling back to my bed, the lessons of 1973 flashed in my head, and I called for the nurse.

“I’ve had a pulmonary embolus,” I reported.

“I believe that I have.”

The hospitalist came to my bedside and examined me. Other than the low pO2 that I had been running since my surgery, attributed to my poor ventilation after an abdominal procedure, I was stable. I was given oxygen and scheduled for a scan in the morning.

My self-diagnosis was correct again. I had probably sent emboli from the vessels in my abdomen to those in my lungs after surgery. My legs were imaged and clear of thrombi.  Of course, I had had to stop the Xarelto I had been taking after the atrial ablation before the abdominal procedure.

My surgeon said, “I should have given you Lovenox.”

I was heparinized and converted back to the oral med and went home after a week’s stay. I recovered. Again.

It had been many years since I had cared for patients on a regular basis. I made my career in the research lab, then went to business school and became a vice president at a well-respected academic medical institution. Eventually, I even spent a year as a staffer in the U.S. Senate on Capitol Hill. I guess my practice dwindled over time. I became a concierge doc with only one patient. But that patient was me.

The role of telemedicine in monitoring blood pressure 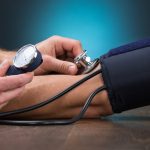 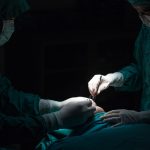