In medicine, there is a key group of people we seem to be excluding: introverts.

I noticed this twice at the recent AMSA convention. It made me realize how often our culture in medicine rewards the boldness, loudness, and confidence so often associated with extroversion.

The first instance was after my talk. I was answering questions from a group of people when someone came up, handed me a note, thanked me, then walked away. I later opened the note to find insightful feedback. I would have loved to have a conversation with this person. But I would imagine that, for an introvert, having a conversation in front of others and competing for that space would feel like nothing short of hell. So this transfer of ideas could not occur.

The second instance was after the screening of a new, groundbreaking documentary called Do No Harm. The cast and director did a Q&A session with microphones set up along the aisles for people to approach. Many questions from the audience were self-referential, or began with a story about themselves, or weren’t a question at all but rather a comment about how the film impacted them personally. It made me question the selection process of setting up a room like this. Perhaps many of the people who approach a microphone in front of a conference when given the opportunity are bold and outspoken; or may be those who simply like to hear themselves speak. (No judgment here — just observation). In any case, it’s not the introverts. There had to be someone in that room with insightful, meaningful, probing questions who was sitting quietly in their seat, who would love to have those questions answered if given a private moment with the director, but simply couldn’t face the thought of walking up to a microphone.

So again, the extroverted ideas win. This happens everywhere in medicine. In the hospital, the loudest medical student who calls out the answer wins. The medical student who is chummy to his superiors wins. The conference-goer who is comfortable asking questions in front of a large group wins. This field, these conferences, this exchange of ideas is tailored to the extrovert. It rewards boldness and loudness.

This is not an inherent problem. It is only a problem to the extent that we don’t have access to about half of the ideas out there. The introverted ideas — in the mind or journal of an introvert but with no easy way to get into circulation — those are the ideas that I want to explore.

So how do we honor the introvert?

This has been bugging me since the conference, so I brought it up to my faculty advisor here at school. She had two wonderful suggestions.

The first would be to have question forms that people can fill out and hand in, then read aloud anonymously by the speaker. This system would be more ideal than microphones in the aisle. This ensures that the questions being asked are truly for information-transfer purposes, as the asker of these questions does not gain any personal recognition. The downside to this is that it is logistically more difficult — to have someone make, hand out, then collect question forms is harder than setting up a microphone and having people ask questions there. But I believe the payoff is worth the extra hassle. Ideas should win, not egos or personality. (In a clinical setting, question cards could work similarly.)

The second way is to be very clear about where people can contact you and to be accessible in that way. You want to encourage — not just put up with — one on one conversations. This goes for attendings, speakers at conferences, those with public platforms. If someone asks you a relevant question in a one-on-one context (can be in person or online), you might answer that question in a more public setting so it can apply to many. That way the ideas of the introvert still make it into circulation, but their comfort is maintained.

If you’re a speaker or in some position that takes questions often: How do you honor introverts? I would like to grow this skill as I progress into my career. 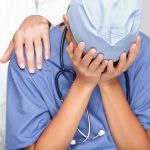 The problem of drug shortages in the emergency department 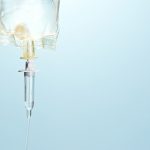 How do we honor the introverts in medicine?
3 comments