“I’ve done this thousands of times. If you do not intubate him, he will die quickly. I’m a pro, but I don’t have all night: either decide to let me do my job, or he dies. But remember, he could die while I do the procedure as well.”

These were the words that echoed around a group of five siblings, a spouse and ten grandchildren, all lost in the chaos of an abruptly ill grandfather. The children had medical questions, the spouse legitimate concerns, and all the resident could do was spill his rote phrases. Every ten minutes, he would intrude on a sensitive family conversation with a blunt statement: “It’s getting late, I’ve done this a thousand times, if you don’t do it he will die, but if I do it he could die also, it’s a grim scenario.”

He then went back to laughing as he scrolled through his Twitter feed — literally. Initially, I figured he was perhaps in his fourth year of residency, had proficient expertise and was just ill-trained at proper bedside manner. Working in the health care field and having witnessed this scenario 100 times over, I pulled him aside to remind him: these people are in shock, have some sensitivity or get another resident on the case. He barked back with indignation.

Within five minutes, I had looked up his credentials and experience: He was a PGY-1. And he surely did not perform this procedure more than 200 times; he graduated medical school 15 months prior. I swiftly reminded him that his lies, attitude and careless outlook do not suite an efficient physician. He exploded.

Working in biotech and health care analytics, I happen to know his boss’s boss and began contemplating giving him a call about his rogue resident. I pondered, observed and sat in introspection. My distaste for him as a physician evolved into mercy, as I became mindful of what this young man had endured and probably goes through on a daily basis. My imaginary phone call to his boss’s boss changed from a complaint against this resident to a direct complain against one thing: the medical education system.

Frederick Douglass wisely said, “It is easier to build strong children than to repair broken men.” This resident, along with 70 percent of residents in the U.S., is a broken man. I’d bet during that during his undergraduate career he was caring and patient, and his journey through a toxic system tore his cardinal traits from his expressed identity. The system is at fault, not the resident. He was probably yelled at and ridiculed 30 times that day, had no time to eat a regular meal, has no social life and was on three hours of sleep. How could anyone, our family included, expect this resident — a human being, not a programmed robot — to perform any better? I am not justifying his behavior. But to cure a disease, the diagnosis must precisely detect the cause.

We’ve come to a place where the best and brightest of our students are committing suicide at an alarming rate. We talk about it, we write about, but a doctor still kills himself daily in America. Daily.

The entire residency community needs to be open-minded and vulnerable to scrutiny, for it is specifically in that domain where true evolution may occur. In reality, hundreds of people write about this, sit on committees and even implement new work-protective rules for residents. Nevertheless, if we are all honest, this communal culture hasn’t changed. Granted, a few residency directors have drastically shifted their focus onto resident well-being, and I guarantee those residents will become outstanding physicians. Hospitals covering up suicides, the continuous stereotype threat around clinicians obtaining the psychological support they need, and the encouragement of lying about the 80-hour work limit are all partially liable for the quality of residents the system is churning into attending physicians. Residents prepare themselves for their training career as if they were going to war in Iraq. Is that what we want? Can that person relate to the pain and suffering of just another dying man? Absolutely not.

That night, the resident was not to blame. He can’t flourish in a toxic environment. It is time to heed Frederick Douglass’s advice and begin building mentally strong physicians from day one of medical school. With that integral piece in place, patients will witness a shift in health care administration.

Certainly, this is not the single factor holding back the medical field. Medical school education, insurance reimbursements, the interoperability of medical records, and physician responsibilities within the hospital setting need grand restructuring as well. Yet, working on our providers’ well-being, happiness, and work environment is a great place to start. Society owes this to the resident community and to the patients they nobly serve.

Physicians: Focus on net time, rather than net income 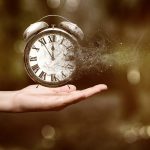 What do you do when your loved one becomes suddenly ill? 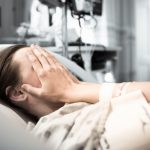 What Frederick Douglass can teach us about health care
3 comments