The approval by the Food and Drug Administration of 23andMe’s BRCA test is bound to create a discussion about the merits and pitfalls of direct to consumer genetic testing for cancer risk.

It is also going to add fuel to a growing fire about how we as a nation assess genetic risks for cancer, and whether society is prepared for what is inevitably going to become a genomic-influenced and informed culture of health.

From my perspective, as someone who has given considerable thought to these questions over the past several years, there are no easy answers.

The announcement was straightforward: the FDA approved a test that will check for three specific mutations in the BRCA gene, which — if present — represent a signal that a man or woman is at an increased risk of certain cancers. For men, increased prostate cancer risk and the ability to pass the gene on to their children are the most important implications. For women, increased risk of breast and ovarian cancer top the list, in addition to the possibility they too could pass the gene to their offspring. (More information about BRCA genes and testing can be found here.)

Sounds simple, doesn’t it? Swab the inside of your cheek, send it off to the lab, get the report, and you know the answer. Or do you?

If the test comes back positive, then you have one of the three “founder” mutations tested. (A founder mutation is a genetic change that has been passed down from generation to generation, and is most common in Jewish folks of eastern European or Ashkenazi decent). You can then go to your health professional and find out what your next steps should be to confirm the test, and what you can do to reduce your risk of cancer.

However, it is not so simple. You see, these are only three of what are probably thousands of mutations that can occur in the BRCA genes. And most of the BRCA abnormalities found in the United States population are NOT founder mutations. So, there is a high likelihood that you could have a strong family history of breast and/or ovarian cancer, get a negative test, and yet still harbor a mutation that could substantially increase your risk of cancer, especially breast and ovarian cancer in women.

In short, you might be led to think you are “off the hook,” when the hook is still very much intact.

“So,” you say, “I understand the limitations of the test. I should be able to make my own decisions.”

True, to a point. After all, we live in a much more informed and self-directed society than has been the case in the past. We want to make our own decisions, take responsibility for our own health, do what we need to do, etc. etc.

The implications of this test are not quite the same as a slightly elevated cholesterol or uric acid. The presence of a BRCA abnormality has meaning, not only for your personal assessment of your health, but for others who have a legitimate interest in your health such as life insurance companies and disability insurance companies. If you are 30 years old and know you have a BRCA mutation, you are obligated to share that information if an insurance company asks the question, such as: Do you have any known health conditions? I am not saying that’s a good or bad thing; merely that it is one of the nuances some folks may care about however don’t spend much time thinking about.

Then there are the researchers who battle about this question frequently: should consumers have the right to get the BRCA test if they want it, and will they abuse that right to get the test inappropriately? Who defines what is “appropriate”?

The medical literature has taken direct to consumer genetic testing to task in several research papers over the past couple of years, claiming that the test was frequently done inappropriately, while other researchers have opposing conclusions and commentary arguing that there is value for everyone getting tested for BRCA.

Even Angelina Jolie has been criticized for sharing her experience with BRCA testing and the steps she took to reduce her risk of cancer: an article in the British Medical Journal took her to task as responsible for a surge in “inappropriate” BRCA testing.

Over the past couple of years, I have shifted my personal position on the question of access to BRCA testing. I have moved more into the “direct” camp. I have become more open to the fact that not every person who gets BRCA testing needs a pre-emptive counseling session with a certified genetic counselor (that is still the rule for some insurance companies when they are being asked to pay for the test). Even the genetic counselors have told me they have better things to do with their time, and that there are acceptable alternatives to informing those who want to know more about the test before they get it, such as computer-based information modules.

So for now, the gauntlet has been thrown down: the government has approved a direct to consumer test for BRCA. It is not a perfect test. It will likely get substantial publicity/advertising, and inevitably someone will not follow the suggestions as to whether they should be tested, what they should do about the results if positive, and whether they should get further testing if it could be what we call in medicine a “false-negative” (a negative test result when in fact there is a mutation lurking in the gene that was not discovered by this focused test). False assurance that everything is fine is also not a good thing.

Of this, I have no doubt: this is the start of an early discussion on the value and role of genetic testing in the population at large. Who should be tested, what they should be tested for, what to do about those test results, and how to help people make the best decisions for their health care are all on the table.

Unfortunately, neither our population in general nor a goodly portion of our health professional workforce is yet sufficiently familiar with all the nuances, questions and answers about genetic testing that people who rely on them expect them to know.

It’s going to be a brave new (genetic) world, and perhaps it is time we start preparing for it. The announcement is but an early step in a much more complex journey. 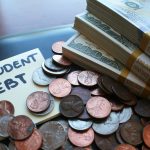 Communication skills: a tale of 2 doctors 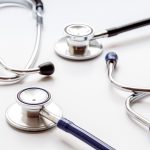 The FDA approval of 23andMe’s BRCA test: What it means for you
1 comments