Dr. Pramela Ganji had just finished her lunch when she was told that the appellate court had reversed and vacated her conviction.  At first, she didn’t believe it.

After all, this whole experience had been surreal.  Dr. Ganji, a 68-year-old well-respected medical doctor and married mother of 3 children, had practiced medicine for 40 years without incident.  Her patients loved her, and she had dedicated her life to helping others.

Towards the end of her career, she started working at Christian Home Health.  The government noticed that this company had a number of billing irregularities, and it received a complaint from a patient of another doctor.  Based on nothing more, and without reviewing any of Dr. Ganji’s records or patient files or interviewing a single one of her patients, the federal government charged Dr. Ganji in a sweeping conspiracy to commit health care fraud.  At trial, the prosecution called 18 witnesses, none of whom had anything to say about Dr. Ganji.  Most of them testified that they had never even met Dr. Ganji.  Instead, they simply spoke of the fraud that they were engaged in.

The trial judge expressed some doubts about the evidence at the close of the case, but said it should be up to the jury, which convicted Dr. Ganji of participating in the fraud at Christian Home Health.  Dr. Ganji was sentenced to 6 years, and despite asking for bond pending the appeal based on the lack of evidence and her own serious medical conditions, she was required to surrender to a federal prison in Alabama, far from her husband and 3 professional children.

Dr. Ganji’s family contacted us to see if we were interested in handling the appeal.  They saw that we handled a similar case presenting similar facts of a doctor convicted in a sweeping conspiracy case but lacking in evidence against that particular person.  Despite the almost impossible odds of raising an innocence claim on appeal, we decided to pursue that route again for Dr. Ganji because there was literally no evidence against her.

The Government stressed on appeal, as it did at trial, that Dr. Ganji did not actually personally examine many of the patients that she certified for home health care.  This was a damning fact, the prosecution argued, because it showed that Dr. Ganji’s medical judgment was compromised.  And certainly, it was an argument that held sway with the jurors.  But it was an argument that the Government should not have been permitted to make, as the Medicare regulations expressly permit a doctor to employ a licensed nurse practitioner to conduct a face-to-face meetings for home health certifications. The evidence showed that this was precisely what Dr. Ganji had done, and that she had carefully reviewed the nurse’s notes and the medical records before certifying a patient. At the appellate oral argument, one judge asked the prosecutor why they were prosecuting this case instead of lobbying for the regulation to be changed.

The prison officials were also surprised when they heard the news that the conservative Fifth Circuit Court of Appeals had reversed and vacated the jury verdict.  They explained to Dr. Ganji that it would take at least a day to process her out of the prison.  After 10 months in limbo, she could deal with one more night.  The guards and her fellow inmates threw a party for her that night.  They knew the numbers — that over 97 percent of those charged with federal crimes, including innocent defendants, pleaded guilty.  And of the 3 percent with the courage to fight the federal government, they almost all lost their trial.  Of those who lost, the overwhelming number would lose their appeal.  When the quiet and peaceful Dr. Ganji paused and waved goodbye from the gate, many of those inside wept.

The unjust prosecution of Dr. Ganji is not unique.  Because the Medicare system is so open to fraud and because there is so little oversight, there have been many righteous prosecutions of abusers who don’t provide actual services, overbill, and so on.  But the government has cast its nets so wide that it is now prosecuting doctors for federal crimes when there is a simple disagreement on whether the services are medically necessary.  This is wrong.

Courts are starting to take notice.  As noted above, the Eleventh Circuit court of appeals vacated Vanja Abreu’s conviction after she spent three years in a federal prison.  The Fifth Circuit did so for Dr. Ganji here after ten months.  A trial judge in Kentucky just reversed a jury finding for a cardiologist, saying that the prosecution was flawed because it was based on a disagreement on medical necessity and not based on fraud.  The Government has appealed that ruling.

In the past couple of years, we have represented other doctors and health care professionals who have had the courage to fight the federal government and win.  Dr. Michael Bahrami went to trial for conspiring to take kickbacks even though he refused to actually do so.  A jury quickly acquitted him.  Dr. Ali Shaygan fought 144 counts against him for prescribing pain medications for needy patients.  Despite the prosecution falsely calling him a drug dealer, the jury saw through it and found him not guilty on all 144 counts.  But these “victories” took awful tolls on the doctors.  Their practices were decimated.  Their reputations will never again be the same.  And all because some prosecutor disagreed with how they exercised their medical judgment.

Judges around the country must continue to push back on these unjust prosecutions.   Doctors must continue to stand up and fight for their innocence.  Most importantly, prosecutors must realize that not every doctor who they disagree with is a criminal.  The vast majority of doctors are good people trying to help their patients.  They should be given the benefit of the doubt.

David Markus and Mona Markus are federal criminal defense attorneys and can be reached at Markus/Moss. 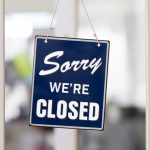 This is what's missing from medical education today 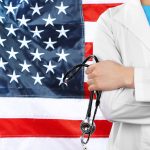 The unjust prosecution of physicians is not unique
12 comments