I recently had the opportunity to be the informal medical navigator for a friend with an acute psychiatric crisis. This previously “normal” friend lives alone, is a high-functioning professional and was unable to sleep, to eat, to finish a coherent thought or to carry on his business for several weeks.

I was called to help after an embarrassing public meltdown. The first problem was finding a doctor who would deal with the situation. After all, even if patients have a primary care provider (and not all do), this PCP is usually not a psychiatric expert. In general, we want to run in the opposite direction when we encounter people with mental health issues other than mild anxiety or depression. So, a trip to the ER and assessment by physicians and social workers who do not know the patient is routine.

By the grace of God and connections, this patient’s PCP facilitated admission to the inpatient hospitalist service for medical evaluation to rule out stroke, tumor, drug intoxication or metabolic disorders. After exclusion of these conditions, a psychiatric consult was obtained. An inpatient psychiatric stay was offered to the patient, who refused, and the patient was placed on escalating doses of antipsychotics and sedatives. These drugs slowed the manifestations of the mania (loud, pressured, often inappropriate speech) but had no effect on the disordered thoughts. I won’t address the thorny ethical question of whether it is appropriate to allow a psychotic patient to accept or decline recommendations for an inpatient psychiatric evaluation without addressing the question of capacity to make these decisions.

On to the second problem encountered by psychiatric patients. Unfortunately, the current hospitalist system means the doc in the hospital has no idea of the baseline functionality or intellect of a patient. And the patient’s regular clinic doc seldom rounds at the hospital or puts in his/her two cents. Add to this the hectic pace of medicine which means the non-ICU inpatients are seen briefly at the end of the day. Some forms of psychosis are only noticeable if you spend a few minutes listening to the loose associations and illogic of the patient. This is easily missed if you pop in, ask a question or two, interrupt the patient and leave. Such was the case for this patient, who ping-ponged from one topic to another, never finishing one thought, but repeating many. The busy hospitalist interrupted and redirected the conversation. Based on these brief visits, the hospitalist was ready to discharge this patient home where he lived alone, with advice to follow up with psych. How likely is it that this single man would make (or keep) an appointment with a psychiatrist even if an appointment were readily available? Furthermore, in the face of a national shortage of psychiatrists, close or short interval follow up is not likely.

Our little community of 200,000 has one psychiatrist, and it takes pull to get a patient seen. Telling an impaired patient to arrange their own follow-up under these circumstances is a mistake. By the grace of God and some benevolent manipulation, we were able to delay discharge until another hospitalist rotated on. This second hospitalist recognized the patient’s impairment and facilitated transfer to a psychiatric hospital within 48 hours.

The third act of this tragedy involves inpatient psychiatric stays. This patient transiently agreed to be admitted to a psychiatric facility and was eventually put on a 72-hour hold. Although a concerned family member had flown in and started guardianship proceedings, she was told this could impede the psychiatric hold. A catch-22 had presented itself. Furthermore, since the patient was not threatening to kill himself or others, the designated examiner felt he was not impaired enough for an involuntary hold. In other words, he was still psychotic, but not an acute danger to himself or others.

At this point, the patient withdrew his consent to a psychiatric admission, called an unwitting friend to “rescue” him and signed out of the hospital AMA before guardianship proceedings could be further pursued. It was back to his single lifestyle — without meds or supervision!

There is something wrong with this scenario. We hear every day of people attacked or murdered by someone who goes “berserk.” Virginia Senator Creigh Deeds was attacked by his own son in this type of scenario. Several of the recent mass shooters were partially treated psychiatric patients. We need a solution for patients who are psychotic but not an acute danger to themselves. Streeting these patients is not the solution in a society with inadequate access to psychiatric services and in a society that stigmatizes mental health issues.

In what universe is it OK to send a patient out of the hospital without assuring the underlying problem is effectively treated? Do we send a patient with a widowmaker lesion home after simply making the obvious symptoms of angina go away with nitroglycerin? No. We treat the underlying problem to completion. Do we send a patient with lung cancer and SVC syndrome home after decadron to mask the SVC symptoms? No. We arrange urgent chemo or radiation. Do we send a patient home after one dialysis for renal failure? No. We arrange and guarantee further treatment. Do we send someone home with a bleeding ulcer after scoping them? No. We start proton pump inhibitors and watch the patient until we are assured the lesion won’t bleed again, and the patient is stable. Why are psychiatric illnesses treated differently? After all, a patient with a tight left main lesion, an SVC syndrome or an ulcer can only hurt themselves at home if they decompensate. But a patient with untreated psychiatric disease can hurt many when released to home. It is time to change this shameful situation.

The first step to destigmatizing psychiatric illness is to treat it the same way we treat other medical conditions. Keep the patient in the hospital until you are sure their illness is under control. Make sure you have a follow-up plan in place before discharge. And fully fund mental health conditions. Stop the vicious cycle of treat and street for psychiatric patients.

Banu Symington is an oncologist.

10 tips that make me a happy doctor 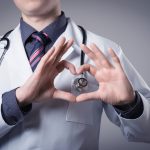 Do patients pay less for less expensive care? Why the CVS/Aetna deal matters. 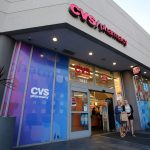 Why do we treat psychiatric illness different from other illness?
3 comments