Bill is a 58-year-old male with a history of head and neck cancer as well as chronic low back pain who presents to his new primary care doctor for a routine checkup and visit for a medication refill. He works in construction and has been on chronic opioid therapy after his cancer — with a stable dose of 15 mg of oxycodone for over five years.

At his new primary care visit, after a few meet and greet pleasantries, his new primary care doctor discusses his current medication regimen with him — ibuprofen 400mg TID and oxycodone 15mg BID. His physician expresses significant concern with his medication regimen, telling Bill that “it’s against the rules” to continue prescribing opioids for him — despite the fact that he’s been on this dose for several years.

She prescribes an oxycodone taper for him and requests he return to her office in two weeks for a re-evaluation.

Bill, not wanting to be a problem, takes his taper as prescribed for the first few days. However, as he’s been on opioids for over five years, he begins feeling sick — nausea, vomiting, malaise, and irritability. He tries to go back to his old dose but runs out of oxycodone. While trying to work at a construction site, Bill is having trouble completing his tasks and drops a few expensive objects.

After a few harsh words from his supervisor, Bill realizes he cannot work given how he feels and contacts his old oncologist for help. His oncologist provides him with a small prescription for oxycodone, which he fills. Bill feels better and is able to get through to his primary care follow-up visit.

Bill lets his new primary care doctor know about what happened: the withdrawal, not being able to work and how he had to get a refill from his oncologist. The doctor expresses extreme concern
about his “drug seeking” and “doctor shopping” and tells him he is fired as a patient. He is discharged from the practice.

Out of opioids and feeling sick again, he presents to the emergency department with a chief complaint of “medication refill.”

How could this have been avoided? Was his primary care provider too quick to vilify his chronic, stable opioid regimen and start him on an opioid taper? Was there any reason to taper him?

America clearly has a problem with opioids. Going forward, it is best practice to avoid starting an opiate naïve patient on opiates for chronic nonterminal pain. However, what do we do with patients like Bill? There is clearly a group of patients who have been previously prescribed opioids for chronic pain and are dependent on opioids. While some of these patients have struggled with addiction to their opioids, others — like Bill — have been stable on a particular dose of opioids without any problems.

Casey Grover is an emergency physician. Lee Goldman is a family physician. 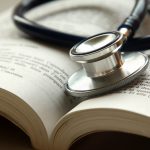 A drug problem in rural Georgia 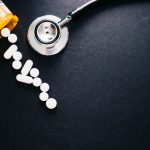 Think twice before tapering opioids in some patients
4 comments