I lightly knocked on the door of the next patient that I was set to obtain a history from. It was late in the morning in the middle of the week, and my mind was becoming increasingly preoccupied with deciding what to eat for lunch. My preceptor had allowed me to practice my history-taking skills with every patient that had an appointment with her that morning and had also given me the opportunity to report back to her with the information I collected before she saw the patient herself. It had been an awesome experience so far.

After hearing a low-pitched “Come in!” I opened the door, stepped into the room, greeted the occupants of the room with an enthusiastic, “Hey, how are you?” and was instantly smacked with the pungent, putrid odor of cigarette smoke. I made a conscious effort not to wince. I then closed the door behind me and faced a Caucasian family of five that consisted of a father, a mother, and three young children. The parents were on the opposite side of the small room, sitting in two chairs that faced the door I just walked through. Two of the children were playing around with toys on the floor, and the patient was sitting on the bed. The patient, a boy who looked to be slightly younger than ten, looked a bit frail and thin. He was also wearing clothes that almost fit the description of a hunter: camo pants, tan boots, a dirty orange long-sleeve shirt, a camo jacket and a cap.

While I was scanning the room, I had been quickly preparing the automated spiel that I routinely had given to every family I had seen so far throughout the week. I was about to begin speaking … until my eyes rested on this boy’s cap. They froze on his cap for less than two seconds, but the symbol on it ferociously seared thru my eyes in what felt like an eternity.

What I saw on his cap smacked me 10x harder than the putrid stench in the room did just a few seconds ago.

I simultaneously felt my stomach abruptly churn, and my face get warmer as my blood began to boil.

Stitched on his forest-green cap was the symbol of the Confederate flag.

I immediately became conscious of my reaction and quickly turned to his parents in order to appropriately introduce myself and to ask permission to interview both them and their son in order to practice my history-taking skills. They unenthusiastically agreed, and I sat down in a chair in order to begin my line of questioning. I smiled at the boy and asked how he was doing. He responded with an indifferent, “Fine.” I then began to ask him the usual questions essential for an HPI (history of present illness), but I couldn’t take my mind off the fact that he was wearing a symbol that I felt characterized a tradition filled with rebellion and hatred.

What troubled me even more was that as a kid, he had already been exposed to and taught to support what the Confederacy stood for. Granted, I may have been making unfair assumptions about him and his family, but these were the initial thoughts that ran through my mind. I’m happy to say that both he and his parents were respectable and that I treated them like I treated every other family that walked in that clinic.

As the interview continued, I learned that he had chronic asthma issues that needed continued treatment and I found that I was internally becoming increasingly frustrated with the fact that this kid’s problems were being exacerbated by the fact that his parents smoked cigarettes. And from the smell of the room, they didn’t seem to be light smokers either. I then wondered if my rapid onset of frustration was also linked to the fact that this family endorsed the principles of the Confederacy.

After taking a quick history, I thanked them and let them know that I would return with the doctor in a few moments. I then left the room, gratefully expanded my lungs with some relatively fresh air, and proceeded to report my gathered information to my preceptor. However, my mind was racing.

Did a symbol really just influence my whole interaction with this family?

Were the assumptions I made unfair to them?

What did they make of a black, first-year medical student unexpectedly entering their room and asking questions while they were waiting for their doctor?

Why did the boy’s parents continue to smoke, knowing that it was having a very negative implication on their child?

Have they tried to quit smoking?

Do they realize how much pain the Confederate flag brings to certain people?

Will the boy grow up to respect the Confederacy and will he pass its teachings to his future offspring?

The questions kept coming, and I had no way of getting most of them reasonably answered. Here I was, internally flustered by a simple symbol on a child’s cap. As a doctor, I will have to adequately treat and care for patients that have beliefs and values that stand in sharp contrast to mine. It will be a difficult skill to acquire, for some of these future patients may be disrespectful towards me or even refuse treatment from me. I always tell myself with full faith that I will be able to perform my job dutifully whenever those instances arise. Yet here I was, a grown man, agitated by a simple symbol on the cap of a child who was respectful towards me.

Christel Wekon-Kemeni is a medical student who blogs at Black Man, M.D. 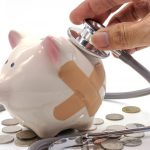 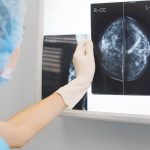 How a symbol influenced this patient encounter
8 comments