As a social worker in the region’s only cancer specialty hospital, I provide emotional support for patients and their families — including talking about their wishes for end-of-life care.

Juan is a sixty-five-year-old Ecuadorian man with stage 4 pancreatic cancer. I’ve known him for about a year. Polite and easy to talk to, he often listens to Spanish sermons as he walks through the halls, IV pole at his side.

Over the months, we’ve grown close. He’s told me about his life in Ecuador, his first job (delivering pizza) and how proud he is of his children. I’ve met his wife, Yolanda, and their daughters, Diana and Maria.

Recently, as Juan’s cancer progressed, he told me that if he stopped breathing, he didn’t want to be intubated or resuscitated.

“I’m tired of pain and suffering,” he said solemnly. “I don’t want to be kept alive by machines.”

Yolanda and Diana, who were present, fully supported him, agreeing that hospice would be the best option. It was good to feel that we were all on the same page.

Now it seems that Juan has indeed breathed his last. I fly up the stairs two at a time. In the ICU, I see Kathy, the physician’s assistant who paged me.

Also present is Diana, a twenty-something certified nursing assistant who’s studying to be a nurse.

“Can you put the oxygen mask back on him?” she asks. “He’s not breathing.”

Kathy leans close to Juan, checking for signs of life. She pauses, then says, “He isn’t breathing on his own, so the mask won’t help him.”

“Look, he still has a heartbeat,” Diana says sharply, pointing at the monitor. “Why can’t we just put the mask back on?”

“The wavelength of the heartbeats isn’t consistent, and those occasional beeps don’t mean that he’s alive,” Kathy replies gently. “I’m sorry, but Juan has passed.”

Quietly, she excuses herself to let them process this news.

Yolanda starts wailing loudly, breaking off every so often to scream, “Papi, no!”

I rub her back, wishing I could do more to ease her pain, and reflecting that, no matter how long and serious an illness has been, you can never tell exactly how family members will respond when their loved one is no more.

Diana picks up Juan’s wrist to feel for a pulse, and I see that, for Yolanda and Diana, acceptance won’t come easily. Hoping to ease the process a bit, I text Kathy to come and pronounce Juan’s death.

Kathy arrives, places a stethoscope on Juan’s chest and listens, then shakes her head. Only when Diana listens for herself do she and Yolanda begin to take in the reality.

As I sit to one side, they scream and cry and drape Juan’s arms over their shoulders so that it seems he’s holding them.

Maria calls; she’s just flown in from Florida, and Diana must pick her up at the airport.

Preparing to leave, Diana turns to me.

“Can we just put the mask back on for her and pretend that he’s still alive?”

“I don’t think we can do that,” I mumble. “It would violate hospital ethics … but I can help you break the news to Maria.”

She leaves, and I’m left alone with Yolanda and Juan’s body.

He looks terrible. His skin is yellow; his left eye is half-open, the eyeball rolled to the side, as if he’s looking for something. His mouth, rigidly open, resists Yolanda’s attempts to close it. Weeping, she puts his arm around her neck and his hand against her cheek, then nuzzles and kisses him.

“I’m scared to be alone in the world without Juan,” she sobs. “You should spend as much time as possible with your family. Cherish them.”

A small scab falls off Juan’s arm, and blood trickles from the wound.

“I’m sorry, Yolanda, but Juan has passed,” I murmur.

A while later, Diana appears in the doorway.

Should I go to her? I wonder. I should ask whether she needs help breaking the news to Maria.

Before I can rise, Maria comes in.

I relax. Diana must have told her …

When he doesn’t respond, she rushes over, screams, shakes him, then jumps on the bed and begins giving him chest compressions.

What the —? For several seconds, I’m frozen. I can’t believe this is happening. Then I turn to Diana.

“You didn’t tell her?! How could you not tell her?”

Crying, she retreats into a corner, looking more like a little girl than an adult.

That wasn’t the most supportive thing to say to someone whose father has just died.

I reach out to her. She backs away, swatting at me.

Maria sinks to the floor. I approach, tissues in hand, eager to help.

“Why couldn’t you wait for me, Papi?” she cries.

“He tried. He really wanted to, but his body gave out,” I say soothingly.

“I don’t need to hear that!” she snaps. “That’s not helpful!” She too swats me away.

The room feels packed with people in pain — people I cannot help. My uselessness hits me like a ton of bricks.

Feeling utterly inadequate, I leave, immersed in self-recrimination. Have I not been properly trained in dealing with grief? What if I’d stopped Diana and talked with her before they came in? What if I were a better social worker? What if …?

Back in my office, I sob, hyperventilate and shake. I feel nauseous. I also feel angry at being yelled at, pushed away. I’m livid that Diana misled her sister. It shouldn’t have gone this way.

Later that night, I awake to snoring.

He’s snoring — he must be alive!

It takes a moment to realize that I’m back at home, in bed with my husband. Juan is still dead.

At work the following day, I feel like a zombie. I go through the motions, but I’m not really there.

The phone rings; the caller ID says “Garcia, Juan.” I take a deep breath and answer it.

“Sarita. It’s Yolanda,” she says, struggling to keep her sobs at bay. “I want to thank you for everything, and — and for going above and beyond. I’m sorry you got caught in the middle of the — the wild emotions.”

All at once I feel understood, appreciated — and deeply relieved.

“You did so much for us, and we’ll never forget you. I love you. You’re like family now.”

With that, the nightmare fades. I start to feel a sense of peace: My work wasn’t in vain.

I honored Juan’s wish not to be resuscitated, even though that choice devastated his family when the critical moment arrived. Although we may never meet again, I feel deeply comforted to know that they feel I took good care of Juan.

I’ve seen (again) how overwhelming grief can bring out intense emotions in good people. And I take solace in knowing that I gave Juan the peace he wanted. Although I couldn’t make everything all better, that was one gift I could offer.

Sara Bybee is a social worker. This piece was originally published in Pulse — voices from the heart of medicine. 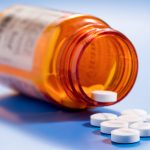 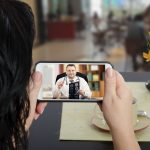