We are a product of our upbringing.  For many of us, this means we develop values and beliefs about money and work from our parents.  Our communities, however, also play a role.  It is in these communities that we learn a joint value system, a blueprint for how to approach and interact with the world.  It’s easy to underestimate the profundity of this effect.

I grew up in vastly different cities.  One was wealthy, one not so much.  One was tough and streetwise; one was business wise.  One was textured, and varied.  The other homogenous.  Although I learned essential life skills from both these communities, my mind has etched a hard-line in the sand that separates these contrasting elements of my childhood.

Can you believe that these enclaves were just a few miles apart?

My first thirteen years, I  grew up in an urban feeling city.  By no means a poor community, the economics varied.  The homeless littered throughout the downtown sharply contrasted the wealth of the dwellers in the lakefront mansions.  There were bad areas.  Areas one wouldn’t wander around alone at night.  Occasionally there was gun violence.  Humans were more gritty. Faces came in all different shapes and colors.

People got ahead because they hustled.  Dreams were big but not expansive.  When you don’t come from money, you don’t know the heights money can attain.  They woke up early and went to bed late.  You learned quickly how to communicate, how to read your friends and enemies.  You could afford toughness when it was potable, but you had to know when to back down, when you were over your head.

Before starting high school, we moved a few miles down the road.

We might as well have traveled a world away.  Everybody mostly looked the same.  There were fancy houses and fancy cars.  School children buzzed about their families newest purchases or Daddy’s high-powered job.

There was privilege, but don’t get me wrong, there was also intense drive. Drive to be the best student, or the best athlete, or the best artist.

Dreams were expansive and imaginative.  There was no idea too big, purchase too expensive, or goal to unattainable.  These kids walked the earth with a confidence only gleaned by watching their parents become titans of some vast organization or another.

Nothing was going to stop them from being every ounce as successful as their parents, or more.

In high school, I learned how to tackle ideas and problems with a confidence and a self-assuredness that I had never had in my previous environment.  How to walk the world as if a titan, and make myself felt and listened to.  How to fail spectacularly, tend to my wounds, and start over again.

Influencing your resident evaluations for success 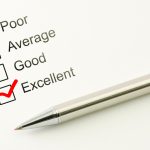 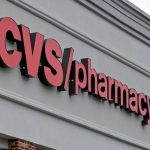