When my children each finished Montessori school, my wife and I researched a bit before choosing the local public option.  My area has extraordinary private schools.  Although high cost, many of these alternatives provide unique and worthwhile twists on traditional education.  We talked extensively with the kids, and after much research, we came to the budgetary friendly decision.  The public school, with somewhat fewer bells and whistles, provided an education on par with the other more costly alternatives.

And this generally worked.  For my son.  He breezed through elementary and took quickly to middle school.  My daughter, however, struggled.   It was less the academics and more the social.  After a particularly difficult year, we decided to pull the plug.  It got so bad that she was having anxiety attacks before leaving for school.  Time to go private.

The upside was that the school we chose was close to our home, very well-regarded, and my daughter already had a few acquaintances there.  The downside, of course, was the price.  Twenty thousand a year.  It’s a painful number for someone who considers themselves so financial independence (FI )minded.  Here I am pouring over the spreadsheets and slaving away to save every cent.  A moment later I’m eschewing the free option and committing to twenty grand for no less than five years.  I mean, there are some in the FIRE community who live off that number!

That’s the crux.  FIRE is great, and worthy, and important.  But it’s not everything.  Your health, your marriage, and your children take precedence.

My daughter comes first.  Yes, there were other options that may have been more economically palatable, but this was the best decision for her.

Six months later, the world is a different place, and my daughter has blossomed.  For the first time in her life, she has regular play dates, and she has more birthday invitations in a few months than in her previous ten years.  She is happy, and open, and thriving.  Her teacher is much more engaged and attuned to her needs.  The kids are relaxed and friendly.  And beside those wonderful points, the school is far advanced in both academics and arts.  I’ve never been so truly impressed.

Shockingly, you would expect that only the wealthy would spend the money to send their kids to such a school.  It’s absolutely the opposite.  A fair share of educated parents live in poorer neighborhoods or rent apartments instead of own.  There are very few flashy cars in line to pick up their kids at the end of the day.

Rich or poor, we have all come to the same conclusion.

This is educational nirvana.

This is something worth breaking the budget for. 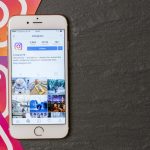 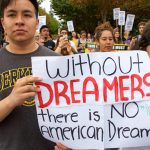 This physician sent his daughter to private school. But not for the reason you think.
3 comments