I truly believe that the business asset class is important in supercharging the race to financial independence.  While many dream of starting their own Google or Amazon, I find myself much more interested in the small, less scalable business.  The kind that spins off some revenue, builds experience and know how, and is fun.

Although I have owned multiple small businesses (mostly medical practices and real estate), the one that I am most proud of was relatively short-lived.

For a few years, I was an art mogul.

How, you ask, did a practicing physician stumble into an online fine art dealing business?  The answer, of course, was pure chance.

Living in St. Louis during residency, my wife and I bought a townhome.  Although we were not lacking in furniture, there were large expansive walls begging for attention.  While at the local mall, I became enamored with mesmerizing lithographs and serigraphs at an art gallery.  I fell in love with imaginative, figurative artists who painted swaths of color and texture.

There was only one itty bitty problem.  The price.  I just wasn’t willing to pay thousands of dollars to cover my walls.  So I went to the internet, scoured eBay (this was before it was so popular), and made scores of phone calls. After a few hours of work, my search turned fruitful.

I was able to find the same or similar high-quality artwork by the same artists at much lower prices.  So I did what any respectable FI person would do.  I dove deep.  I called every eBay seller, publisher, and art gallery I could find.  I asked lots of questions and made friends.  After a few chats, a world of secrets opened up.

So here is how the hustle went.  Artists signed up with publishers to help them publish, promote, and create high quality, signed and numbered prints of their artwork.  Those publishers created and marketed that work to art galleries.  If the retail price was $2,000 for a particular piece, the publisher would sell it to the art gallery for $1,000.  For any given run on a print, let’s say 150 signed and numbered copies, the publisher would quickly sell the first 100 and make enough profit to cover the full printing.  The last 50 copies were gravy, but often hard to move at retail prices.  Multiply those 50 extra prints by multiple different images per artist, and multiple artists.  There was a lot of extra artwork hanging around the publisher that had little value (for them).

So at any given time, the publisher would have thousands of extra prints that they had no interest in spending the time and money to unload.

Enter the large-scale discount buyers.  These were the guys I became friends with.  They would go to the publisher and purchase a million dollars worth of product for $100/print and then sell directly to the public at a discount,  or better yet, to me.

So to break it down:

So I bought in bulk, and sold in the secondary market to galleries and individuals through a website or eBay.

After two years, I moved a few hundred thousand dollars worth of artwork, made a little profit, and kept a bunch for myself.

Unfortunately, running my own medical practice became prohibitive, and the time had come to leave my life as an art mogul behind.

People who grieve can live again 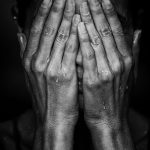 Should doctors be required to inform patients of their palliative care rights? 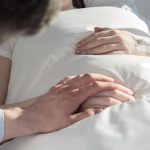