I recently posted a graph of my net worth since I started tracking it in 2014 on Twitter. Despite becoming an attending in 2012, I did not track my net worth early on. As you can see, it has been a slow and steady climb to a positive net worth. I posted this, and the White Coat Investor stated this is a good case to discuss one house, one spouse, one job. A mantra for stability and progress.

See while I may have started in 2012, I have had three houses, two jobs, and one spouse.  Of these, the houses led to my biggest financial mistakes, and even those were not terrible. So without further discussion let us go over the benefits and downfalls of these.

The mantra goes one house. This is because homes are expensive. They are expensive to buy (down payment, taxes, fees, titles, etc.), expensive to maintain (we have dropped a lot of cash on our recent home), and even more expensive to sell (6% commission to the realtors hurts).

My history with home buying has not been great. The first home was bought in Nashville in 2008. This was a nice home. 800 square feet, 1950s, with an attached garage for 200,000. It was within walking distance of a few restaurants and a park. Finally, it was a few miles from work. Win win win. This was our first home and one I wish we had kept. It would have made a pretty sweet rental property, but who wants to mess with being a landlord.

Still in 2012, when we were moving to New Orleans, I decided to sell it. I broke even, but if I had kept it until now, it would be worth at least $370,000 based on Zillow estimates. Plus it would have made a great rental. All in all, the cost of buying, maintaining, and selling probably cost me more than renting.

Then comes 2013. Again I bought a home. This time in New Orleans and a brand new one for closer to $550,000. It was a beautiful home in a gentrifying area. We lived in it for over two years and again decided to move. Maintenance was less as the home was new, but after sitting empty on the market for a few months and the costs of selling, I probably lost $25,000 on the deal.

This home was awesome though, and I would do it again. I was next to a Mardi Gras walking club “The Jefferson City Buzzards” and found kung fu. I could walk to bars, restaurants, and Mardi Gras parade routes and made close friends in this neighborhood. So this one was worth it despite the hit to our net worth. Plus, we thought we would be in NOLA for at least 20+ years. Funny how life works out.

Then came 2016. For some reason, I cannot stop buying homes. I think I need some professional help, and not from a realtor. Hopefully, third time is a charm, and I will either stop buying homes or not move.

This time we spent much more than before partly because of Northern California prices, partly because I wanted a view, and partly because I wanted to be close to work. If you look at the net worth graph, there is a bump in October when our NOLA home sell goes through and then a dip when we buy the Cali home in November. That hurts. We will see how time and the market treats us. If we stick around long enough, I suspect prices will increase.

So the caveat about one house is true. I have probably blown 50,000+ (that is likely a gross underestimation) on buying and selling three homes in 8 years.

Lesson learned: If you are new to the workforce or in medical  training, I would recommend not buying a house.

In fact, wait until you have worked somewhere for at least three years before buying and make sure you have a 20% down payment and some money in the bank for emergencies (10%). Sam at Financial Samurai lays it out well. If you don’t follow the two rules above, then don’t buy. It is an easier lifestyle to rent (no maintenance or desire to redecorate) and easier to move when you inevitably decide to do so.

So I am in agreement. One house (or no house) is the way to go if you can swing it.

Luckily I have one spouse and no plans to change this in my lifetime. Still, sometimes things don’t work out. So please don’t jump into a marriage. Take some time to know each other. Understand each other’s desires, particularly about 1) kids, 2) location (where do you want to live), and 2) finances.

These three items can cause big problems if not understood upfront. If your personal beliefs allow you to live together before getting engaged/married, then do it. Nothing like making sure your personal habits won’t collide.

Divorce is expensive. Half of your assets can belong to your spouse depending on the state you live in. You do not want to get a divorce. Work hard to make sure your spouse and you are aligned and if troubles arise, please discuss them and seek counseling. Some things are much more difficult to repair (like an affair), but if it is something that is fixable and both parties are interested, then try.

Definitely in agreement here. So one house and one spouse!

I take a different stance on this one. Particularly in the modern era there is a lot of discussion that millennials are flipping jobs. Most physicians are likely to leave their first job (at least based on my anecdotal experience and this study). This is another reason not to buy a house in the first few years of practice.

There are many reasons this happens. These include not knowing what practice model suites you after residency. Sometimes you will not be happy with the location, or your partners will suck. You may also leave to make more money or for better opportunities. Sometimes you leave for family. That is what we did. We would have likely stayed in NOLA for my career, but when our son was born, our priorities changed. We outlined it in a SWOT before making the decision.

Of note, consider sticking with a job until you are vested in your 401k. I pulled out early and had to give back 50% of my matched dollars. For me, mathematically it still worked out because my current employer matched $11,000 more than what my prior employer did. This is not the case for everyone, however; so if you can stick with the job until vested, then you will likely come out ahead.

So one job is not necessarily the best decision. It is good to enjoy your job, but if an opportunity arises, you should be open to going and hearing out the employer. You can always say no, but you can rarely get the opportunity back if you don’t listen the first time.

So what is the point of all of this? Well, I guess it is to suggest being careful in buying a home. I sure have not been and it is some of the biggest financial mistakes I have made. Even with my current home which is likely 1,000 square feet more than we need.

Stick to one spouse. Take your time in finding them and discuss all important aspects of life before jumping head first. Love and compatibility are both important. Don’t ignore either side of the equation.

Jobs come and go. Try to pick a good job. Stay until you are vested in the 401k (typically five years). Keep your eyes out for opportunities both internally within your organization and externally to a new location, etc. if possible. It is not always a bad idea to switch jobs.

So there you have it. One house, one spouse, and a few jobs. What do you guys think about these ideas? 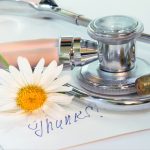 One house, one spouse, one job. How did this physician do?
1 comments