A 26-year-old woman with a mechanical mitral valve prosthesis visits to discuss anticoagulation management during pregnancy. Her last menstrual period was 6 weeks ago and her pregnancy was confirmed by laboratory testing in the office. Her mitral valve was replaced 5 years ago. Her medications are low-dose aspirin, metoprolol, and warfarin (4 mg/d).

On physical examination, vital signs are normal. Cardiac auscultation demonstrates a normal mechanical S1. There are no murmurs or added sounds. Her INR is 2.6.

Which of the following anticoagulation regimens will provide the greatest protection against thromboembolism during her pregnancy?

The correct answer is A. Continue warfarin and aspirin.

The anticoagulation regimen that will provide the greatest protection against thromboembolism in this patient is warfarin therapy. Low-dose aspirin therapy should also be continued. Women with mechanical valve prostheses carry a high risk of valve thrombosis, bleeding, and fetal morbidity and mortality during pregnancy, and the optimal anticoagulation strategy has not been established. Options include warfarin, unfractionated heparin (UFH), and low-molecular-weight heparin (LMWH). Although warfarin poses an increased risk of teratogenicity and fetal loss, it appears to be the most effective option for reducing thromboembolism risk in the mother. The current dose of warfarin (4 mg/d), used to achieve a therapeutic INR, is associated with a low risk of warfarin embryopathy and a low risk of fetal complications.

Intravenous UFH is the anticoagulant treatment of choice around the time of delivery. Intravenous UFH can also be used during the first trimester. The dose effect must be measured by activated partial thromboplastin time and the dose adjusted to a therapeutic level. Fixed-dose subcutaneous UFH may not provide adequate anticoagulation.

LMWH can be used as an anticoagulant during pregnancy, but for patients with a mechanical valve prosthesis, a weight-based regimen has been demonstrated to be inadequate. The LMWH dose must be adjusted to anti–factor Xa activity in order to provide adequate anticoagulation. 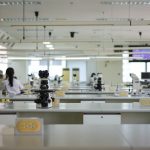 5 lessons every woman doctor must learn 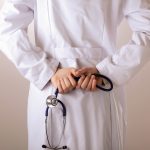