Early this month, it was reported that President Donald Trump, having grown frustrated from discussions regarding a bipartisan deal on immigration, asked why proposals continued to provide special protections for immigrants from the countries of El Salvador and Haiti, and the continent of Africa. He reportedly exclaimed, “Why are we having all these people from sh*thole countries come here?” The statement has been largely denounced both at home and abroad, and the United Nations human rights spokesman condemned the use of vulgar language, and the disparagement of people from entire countries and continents.

Immigrants have served a vital and necessary part of the American workforce since the country’s foundation. This is seemingly most evident in health care. It is estimated that approximately 16 percent of the health care workforce is foreign-born, with more than one in four physicians and one in five registered nurses having been born outside of the United States. Among African-American health care providers, many foreign-born individuals originate from the Caribbean and Africa. Immigrant health care providers serve a vital function within the American health care system, often delivering care in high-need areas throughout the United States which would otherwise be left with dramatic shortages.

Yet, although immigrants from the Caribbean and Africa do make up a notable share of health care providers in this country, it is important to note the contribution that immigrants from other low-resource countries contribute to the United States. For decades, immigrants from income-disparate countries throughout Asia (especially India, Vietnam, Pakistan, and the Philippines) have contributed heavily to the number of health care providers within the United States. Even still, this does not speak to the significant contributions of all American immigrants, who at the time of their migration were often times considered to hail from “undesirable” places — or peoples — of origin. Waves of migrants from Jewish communities, Ireland, Japan, Italy, or China have, at significant points in American history, been the subjects of derogatory hate speech not unlike that used against Haitians last week; and yet countless innovations within health care and the life sciences have been made possible thanks to these immigrants, and the strong values that they have passed on to their children and grandchildren. Though they may come to America poor, with few resources, and with restricted opportunities, time-and-again our society has been improved by the lasting contributions of immigrants and their descendants.

The statements of the president constitute a racist and ignorant worldview that is as harmful to the fundamental spirit of our country, as it is myopic to the invaluable contributions that countless black and brown immigrants working for the health care industry in our country currently provide, and that other “undesirable” immigrants have provided throughout American history. At this time, it is paramount that health care providers stand in solidarity to condemn this hatred and thoughtlessness, and stay true to the values that make the United States the land of opportunity it has so often represented. Now, more than ever, it is important that we value the spirit of — and stand behind —  “the tired, the poor, and the huddled masses yearning to be free.”

Raymond Jean is a surgery resident. 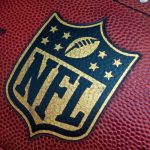