Almost every day there is a new revelation about men committing horrible, criminal, bizarre, or nauseating acts of sexual misconduct. Harassment and assault seem to be rampant. The #MeToo and #TimesUp movements have illuminated the vast scope of the problem.  Most stories have focused on famous men in politics, business, sports, and entertainment, but this type of behavior is pervasive. Lately, the lay press, medical blogs, and social media have featured articles on how hard it is to be a woman in medicine (“Being a Doctor is Hard, It Is Harder for Women,” “20 Anecdotes describe the world females in medicine“). While overt sexual harassment is less frequent, prejudicial discrimination, sexism, and microaggressions are common.

A question was posted on Facebook’s Physician Moms Group regarding experiences with sexual harassment. Women physicians of all ages, from all specialties and practice types responded. Some of the stories were silly (male physicians placing their pagers near their groins and then asking female nurses, physicians, medical students, techs to retrieve them) others were horrifying and included assault and rape. Many of these experiences lead to major changes in the woman’s education, career plans or advancement opportunities.

I am part of the generation of women who started medical school in the 1980s. The women I knew were fearless, ambitious, and strong. We suspected that we would need to work twice as hard and be twice as smart to achieve the same level of success. We expected bias,  discrimination, harassment and possibly misogyny, but assumed we could deal with it. Although we were still a minority, women were entering medicine and the workplace in increasing numbers. Approximately 30 percent of all medical school admissions at that time were women. We had some, although not an abundance, of role models, and some, although not an abundance, of support. We assumed that it would get better. We naively assumed the resentment towards pregnant females in medicine would diminish and the complaining about them “screwing up the schedule, getting “knocked up, grumble, rumble, mumble … curse words … damn women in medical school,” would disappear.

So, what has changed? Unfortunately, not much. Despite the fact that women now constitute 50 percent or more of medical school admissions, they still hold a minority of leadership positions. How is that possible? Is it that we don’t “lean in” enough? That women still carry a disproportionate load of the household chores and child-rearing duties? Or because women’s mental load—the planning of activities, homework, dinner, etc. is greater than their male counterparts? Is it because, on average, women physicians work fewer hours in hospitals or clinics than men? Or that a greater percentage choose to work part-time?

Is it because many still get mistaken for nurses? Ask any women how many times she will have finished having a serious discussion with a patient about their medical issues, only to have the patient answer a phone call with a, “hang on a sec, the nurse is talking to me now.” Or, if they are women of color, that they are assumed to be nurses’ aides, secretaries or housekeepers.

I still chuckle at the time I was talking to a family after surgery about their child’s complicated anesthetic, while another family frantically tried to get me to clean up some vomit! Nurses, aids, administrative assistants, housekeepers, all the many people involved in providing care are critically important to the health care. However, if a patient doesn’t appreciate the role of the person discussing treatment options and diagnoses, the essential nature of this information may be lost.

A recent article in the Wisconsin State Journal reported the results of a survey, taken in the University of Wisconsin-Madison Department of Anesthesiology, showing that the work environment for women there is still challenging. Women were often given less desirable assignments, less responsibility, and fewer leadership opportunities. Women anesthesiologists at the Children’s Hospital, occupied a larger percentage of the leadership roles, but were “infantilized,” the report said.  Pediatrics is different; hubris and inflated egos are less common, acceptance of women in powerful roles is more accepted, but clearly not always appreciated. This article was posted widely on women physicians’ Facebook groups, and created a great deal of conversation and controversy, with many agreeing that the findings applied to their practices.

There are several studies in medicine showing that women physicians (both surgeons and internists) have better outcomes and lower mortality rates than their male colleagues. Despite this, if a female surgeon has a bad outcome, it has a profoundly negative effect on her subsequent referrals from other physicians, and also lowers the chance that those physicians will ever make a referral to another female surgeon.

Success and leadership come in many different sizes and forms. Just because a person chooses to cut back hours, or work part-time for a while, does not eliminate the prospect of leadership opportunities or academic success. It is not all or nothing. It may take some people longer to achieve “success,” but they will accrue other rewards and have different adventures along the way. Everyone should feel supported in their choices,  Men, as well as women, should feel able to take time off for new children or other reasons. Physician burnout and suicide are at all-time highs, and yet if a physician chooses to work less, take time off, or pursue less stressful work, they are judged and belittled: “Why did Dr. Smith take so much time when his mother died; how long does it take to bury someone?” “It is such a shame Jane (because we know women physicians often get called by their first name) went part-time; she had the potential to be a superstar.”

We all need good mentors, supporters, and advisors. This is true for all genders, but often much harder for women to find. For young physicians searching for leadership opportunities, and support, looking outside their groups, institutions or practices can be very rewarding. There are national organizations with great role models. Get involved, volunteer to help with local societies or hospital committees.  Lead by example. When people call you (or your colleague) honey or sweetie, politely correct them and go about your business.

As the motto at my son’s school says, “We are all in this together.” 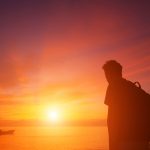 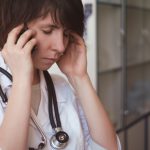 Harassment of women in medicine: We are all in this together
12 comments