On September 5th, 2017, the Trump administration denounced the further implementation of Deferred Action for Childhood Arrivals (DACA) and called for its revocation in 6 months. Opponents quickly voiced their concerns towards the unjust decree. Now, the deadline is near and a heightened urgency to act is imperative. To encourage advocacy and help legislators understand the vitality of DACA-recipients, the following displays the power of the undocumented.

Days after news of the intended repeal, hundreds of Harvard Medical School (HMS) students convened in moments of solace to commiserate over the impending repercussions. One event at HMS gathered a crowd that exemplified vast heterogeneity, despite the largely homogenous demographic (~80% Mexican) of DACA recipients. Although I felt ebullient of the rally’s attendance, my feeling of elation juxtaposed that of confusion.

My reason to stand for DACA felt clear. I grew up with Nicaraguan immigrant parents in an impoverished area of Los Angeles where most lacked American documentation. The disparities we faced resulted in my unabated passion to advocate for this vulnerable group. I wondered why some of my colleagues mobilized to represent marginalized individuals they did not resemble in class, race or socioeconomic status. If their attitudes towards undocumented immigrants were adaptive rather than innate, then the fragment of our country’s leaders and the quarter of our nation who agree to abrogate DACA might be malleable to a change in disposition.

To investigate the value of undocumented immigrants, I interviewed five of my classmates. First, I spoke with Katie Schaffer from suburban Ohio. Her formative years were spent in an affluent community where roughly 96 percent of the population identified as white and non-immigrant. Following Trump’s election, Katie met a pregnant patient under temporary protected status seeking help to finance her medical care. The woman adamantly inquired more about her immigrant status and its interplay with her health insurance qualifications than she did about her child’s health. This previously intangible episode helped Katie cultivate a familiarity to the deplorable obstacles immigrants experience. She credits her current DACA fervor to this momentous interaction.

Katie and Suhas’ recollections demonstrate the feasibility of broadening non-immigrants’ perspectives by identifying and responding to human suffering. This level of learning is not exclusive to non-immigrants. If DACA is abolished, immigrants granted amnesty or documentation via other routes may also face injurious repercussions. Furthermore, DACA students may lose their impetus for success without an inclusive political climate. The depiction of wide-ranging viewpoints is crucial to evoke DACA’s boundless impact.

In the 1990s, Peter Kalugin and his family fled Russia, ultimately assimilating in the United States. After leaving a scholarly area of Texas for New Mexico, Peter noticed rampant disparities insidiously affecting his fellow peers. To curtail related inequalities, he helped compile a state-mandated annual report on partner violence-related deaths. Scant records and shoddy police reports on disenfranchised populations were ominously pervasive. The absence of perspicacious data stunned Peter. Reflecting on these inequities served as the catalyst for his support of DACA.

Mexican native Blanca Morales immigrated to California in the early ’90s. In grade school, Blanca’s teachers placed posters in opportunistic locations to remind students of the self-alluring American dream. Unfittingly, one component conducive to success failed to present on her path: the political agenda at the time precluded Blanca from becoming a doctor. Introducing DACA materialized her goal of serving the needy. She credits her success to opportunity and unrelenting familial support, which invariably resulted in Blanca’s robust work ethic and tenacity.

While Blanca ethnically represents ~80 percent of DACA, recipients, the ostensibly forgotten 20 percent comprise settlers from South Korea, Brazil, El Salvador and other countries. DACA’s repeal, therefore, manifests as a pervasive reduction of diversity throughout the United States. Jamaican DACA student Anthony Tucker-Bartley represents one of these smaller, but no less important, ethnic groups.

Anthony emigrated to New York at age seven and rapidly bonded with his classmates through sports, childhood antics and the pledge of allegiance. Inexorable hardships complicated his transition to America. His inability to receive educational federal funding prevented him from attending certain colleges. Undaunted, he visualized the barriers as challenges rather than a hindrance. The support of his family and mentors resulted in his enrollment at Wagner College, and subsequently HMS. As it did for Blanca, DACA pillared Anthony’s dream.

These poignant and inspiring conversations draw two conclusions: One, undocumented immigrants positively contribute to individuals from all walks of life. The repeal will, therefore, produce irreparable damage to the entire spectrum of American communities. Certainly, this dismal prediction is one reason why DACA supporters from distinct backgrounds unite on this issue. Secondly, my classmates’ inculcated lessons demonstrate the malleability of perspective. This point is most relevant for those who support the Trump Administration’s decision to nullify DACA. I urge these individuals to interact with undocumented immigrants or to introspect after identifying a biased injustice. Change will only come through action.

DACA is not the most comprehensive solution for empowering our undocumented allies. It is simply the bare minimum required from a nation built by the calloused hands of immigrants. The future of America stands tenuously without a vital segment of society. We must voice our impassioned opinions, congregate with fortitude, widen our perspectives and shed light on the inhumanity of this repeal. Avoiding the deportation of approximately 800,000 individuals with promising futures and innocent children relies on our response. Let’s expose the potential of DACA recipients and value their positively marked effect on our nation. Only then will we overcome this nearing travesty. 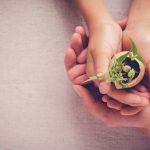 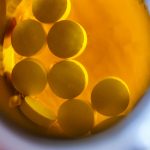 Ending DACA is a travesty
9 comments