Yup, I won the lottery! $785 million dollars. Pinch me because I must be dreaming. I am a physician finance blogger; I would not recommend buying a lottery ticket. But I did. So screw all the people who said it was a waste of $2.

So here I am, the big time winner: What to do now? Well, that is what this post is about.

(In reality, I did not win the lottery. I am still slaving away at a day job; but a person can dream, can’t they?)

Step 1: Sign the back of the ticket and put it somewhere safe

I do not want to lose this gravy train. That would be tragic. Money I had not earned vanishing and leaving me just as poor today as I was yesterday.

Step 2: Consider talking to a lawyer to set up a revocable living trust that will accept the prize money.

I want to keep anonymity in my big win. I don’t want to become a celebrity and target of scammers as is oh too common. So how can I keep my anonymity? Well, a trust may help, and if set up right, I can still have full control of the cash. Sure I have already set up a trust, but now that I am super loaded I want to just get a little lawyer backup.

Step 3: Claim prize in an anonymous fashion into the trust

I am not a saint. Happily, I will quit my current life in clinical practice if I won the big bucks. I figure if I took a year off and really missed it then I could go and work for a not for profit caring for uninsured or underinsured patients.

I would not leave my job the next day. As a department of six cardiologists, my sudden departure would greatly impact my colleagues. So I would give my notice and let my boss know I would stick around until a new person was hired and started. That way, my departure would be less painful for my colleagues.

Step 5: Figure out my tax burden

Face it, I am taking the lump sum. The $780 million becomes $480 million. Not too shabby. Now the taxman cometh. Out of the $480 million, the federal government takes out 25%, and states have their own percentage. Luckily, California does not tax lottery winnings, which is pretty crazy if you ask me. So the government gets $120 million of my cash, leaving me with $360 million.

Step 6: Set up a donor-advised fund

If I had $360 million in cash, I can promise you a large chunk of it, likely half, would be going to donations. So I would take $180 million and place it into a donor-advised fund. If interested, Physician on Fire goes over how to do this.

The beauty of the donor-advised fund is I can take a tax write off this year and reduce my income tax. All of a sudden I don’t owe the federal government $120 million anymore. Now I owe them somewhere in the nature of $75 million dollars in taxes.

Plus, I have a large pot of money that I can donate over the course of my life. It will sit in an aggressive stocks only fund and hopefully grow. I can use all of that money, and it’s growth, tax-free to donate to causes we find important. I will never have to worry about wanting to donate.

Step 7: I have $225 million left after taxes and donation plans. Now what?

Now comes the hard part. What to do with all of the leftover cash?

I would probably start by paying off my home and my parents and in-laws homes. Then I would pay off my school debt.

So I still have $224 million left. I would take a few million and hold it as cash amongst various banks. I don’t mind losing the interest to make sure the money is secure.

With the other $200 plus million I would probably put it in a 50/50 portfolio bonds/stocks and let it ride. There is no way I am going to spend $200 million. I would go on a sweet trip around the world with my family on a chartered plane. After my trip I would probably spend my time between California and Tennessee, enjoying time with both my wife and my families.

When we come back, I can figure out what else to do with all that cash.

Not too exciting, but what would you do?

Collaboration with hospitalists, rather than competition, improves patient care 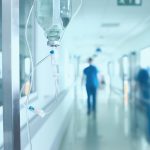 Should you give up your Starbucks latte? 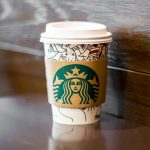 What would you do if you won the lottery? Here’s one physician’s plan.
1 comments