The decision to retire is a difficult one for anyone, including physicians.

However, with everyone’s investment accounts so flush with money because of the bull market, a lot of physicians younger than the traditional retirement age of 65 have enough money to retire early. Some have chosen to do so; others have chosen to continue to work even though they are financially ready for retirement.

So what are the factors that determine when a physician retires?

When do physicians retire?

Before we look into the reasons why people choose to retire, let’s look at the data to see when physicians actually retire.

According to a study from the AAFP, the average physician retired at 67 in 1995, compared to age 70 in 1980, and a more recent study from 2016 of family physicians showed the average retirement age from clinical medicine to be 64.9 years.

A survey by 3DHealthInc conducted in 2016 found that the average physician planned to retire at age 66, with over 80% of respondents saying they would retire between age 60 and 70. So while the early retirement movement is growing, it certainly hasn’t gained widespread adoption among physicians.

Some physicians will choose to retire even if they haven’t fully reached their retirement number if they can afford to have a lower retirement lifestyle. After all, time is a non-renewable resource.

Some participants on Student Doctor Network attribute the delayed retirement in radiologists as a contributor to the significant tightening of the resident job market in the early 2010s. This backlog caused almost every radiology resident to do one (or more) fellowships to get a job.

Since then, the radiology job market has improved — possibly because the stock market has risen and allowed more radiologists to finally reach their retirement numbers and quit.

Medicine is hard and is constantly changing. Physicians are expected to keep up with the latest literature. New drugs, treatments, and technologies are introduced every year. If physicians do not keep up with the changes in medicine, their abilities will decline.

For some physicians, their health declines over the years. Surgeons might find it difficult to do long surgeries as they get older. Even physicians who work in an outpatient setting may eventually slow down to a point where they cannot continue to work.

Some physicians are diagnosed with an acute or chronic illness that might impair their ability to work. This may require them to leave the workplace earlier than they expected. If they become disabled, hopefully, they will have purchased disability insurance when they were young and healthy.

Remember that all of the assumptions with the 4% rule were designed with a 30-year retirement in mind. If you are diagnosed with a life-limiting illness that might make your retirement significantly shorter than 30 years, then you won’t need 25x annual expenses to make it through your abbreviated retirement.

Whatever your reason(s) to retire, the goal is to do it on your own terms.

Athletes are notorious for staying in the game for too long. They always think they still have it, even though their skills have noticeably declined. They often are kicked out of the league because of poor performance, not because they didn’t want to play anymore.

Financial independence gives you the option to retire on your terms

When you achieve financial independence, you get to decide when you retire. Unless you get hit with a big bear market right before your planned retirement date, you can choose to retire when you want, and don’t have to work longer than you have to. By becoming financially independent earlier in life, you don’t have to face a situation where your skills/health decline to a point where you are kicked out of the profession like a professional athlete.

Every athlete wants to ride off into the sunset, at the peak of their abilities and having no regrets about their career. Achieving early financial independence can enable you to do that with your career.

What do you think? When do you plan to retire? Will it be based on your age, reaching a target retirement number, or a combination of both?

Opioid addiction is an epidemic. Let's treat it like one. 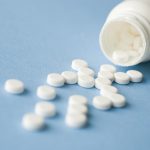 "Rise" from Medicine the Musical 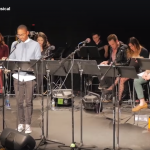 When should physicians retire?
4 comments