But should my 93-year-old father receive a screening colonoscopy? The test is uncomfortable, carries risks, and costs money. Even more importantly, my dad probably won’t live long enough to benefit from the test. That’s why most medical experts think people like my dad—people unlikely to live another decade—should not receive cancer screening tests like colonoscopies. But how in the heck is my dad’s doctor supposed to deliver this news to him?

My father’s primary care doctor could tell him: “I have good news for you. You don’t need a colonoscopy — you’ll probably die of something else before colon cancer gets you!” But according to recent research, that message isn’t likely to go over well with its audience. The study, out of Johns Hopkins, convened senior citizens and asked them what they thought about conducting screening tests in patients of advanced age. The people told researchers that they understood the concept of stopping testing when people get too old to benefit. But they did not like the thought of doctors telling them that their impending mortality is the reason they will no longer receive such testing. “You’re too old to benefit” is a harsh message.

So what should physicians do?

The senior citizens in the study preferred another approach: They liked the idea of doctors saying something along the lines of: “You don’t need a colonoscopy; that test won’t help you live longer.” This message is more appealing because it doesn’t force patients to think about how old they are, or how soon they are going to die. In fact, this is the same message a clinician could give to any patient when explaining why the patient doesn’t need a particular test. I can imagine telling a healthy 40-year-old: “You don’t need that EKG; that test won’t help you live longer.”

I encourage all physicians to try this kind of language. There’s no need to remind people of the obvious fact that they are getting closer to the end of their lives. When helping patients avoid the harms of unnecessary testing, physicians should also avoid hurting their feelings.

The truth behind that Baltimore patient dumping video 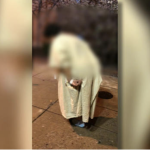