Donald Trump signed the Tax Cuts and Jobs Act of 2017 late last year. Americans and corporations are feverishly reading news summaries of the bill, trying to figure out how the new bill will affect their taxes.

In this post, I will summarize the major provisions of the bills as they apply to medical residents and fellows. I’ll then go through three case scenarios to see how the tax bill might affect typical residents.

Before we dive in, I’ll remind you that I’m a doctor, not an accountant or tax attorney. Talk to your accountant (or download 2018 TurboTax when it comes out later this year) for advice about your particular situation.

The Tax Cuts and Jobs Act for medical residents

Here are the major provisions of the new tax bill as they apply to medical residents:

Most of the provisions of the tax bill are not permanent, and without additional government action would be reversed in 2025. I find it unlikely that these brackets would be allowed to be raised by either political party. Besides, current residents will be out of residency by 2025 anyway.

The standard deduction is nearly doubled to $12,000 for single taxpayers and $24,000 for married couples. However, the personal exemption, which was expected to be $4,150 per person for 2018, has been eliminated.

The overall impact of these two changes depends on the size of your household. Single taxpayers will have a net benefit from these changes, while married couples with children would actually lose more in personal exemptions than they would gain from the increase in the standard deduction.

However, with the increase in the child tax credit (see below), I think few, if any, middle-class Americans (including medical residents) will experience a tax increase under the new tax bill.

The tax credit is increased from $1,000 to $2,000 per child. This negates any tax increase as a result of the elimination of the personal exemption. If you don’t pay any federal income taxes at all, up to $1,400 of the child tax credit can be refunded to you.

The student loan interest deduction remains intact, at $2,500 per year.

The moving expense deduction, which was often used by medical students or residents when they transitioned from medical school to residency or residency to their first attending job, has been eliminated. In addition, if your employer pays for your moving expenses, that will now be considered taxable income under the new tax bill.

Other well-publicized components of the bill, such as the changes to state and local tax (SALT), property tax, and mortgage interest deductions, are less likely to affect residents because most take the standard deduction. Residents are unlikely to be affected by changes in the Alternative Minimum Tax (AMT) or estate tax.

There’s no perfect way to figure out how much you’ll save in taxes because of the new tax bill. Since the tax code remains very complicated and is only slightly simplified with the new tax bill, the only (albeit imperfect) way I can think of to compare the actual effect on your taxes would be to use the 2017 (pre-TJCA) and 2018 (post-TJCA) versions of Turbotax to do your 2018 taxes.

Let’s run through some case scenarios to see how the tax bill will affect three typical residents. Consider these the simplified “postcard” versions of their taxes — each resident’s taxes will have more nuances than are listed here.

Let’s start with the single resident with student loans. He makes $50,000 a year and has $200,000 in student loans. Here’s how his taxes would look, under the old system and the new system:

This resident would receive a nearly $1,200 tax cut, a 23% reduction on his current tax bill.

Next, let’s look at the married resident with two kids. His wife takes care of the kids, so the family of four makes the resident’s salary of $50,000.

In spite of losing the personal exemption on the family of four, this couple receives a tax cut of nearly $1,300 because of the expanded tax credit.

In fact, this resident actually pays no federal income taxes at all, and actually receives more than $1,500 from the government. Of course, he still pays payroll taxes (Social Security and Medicare) of more than $3,500 each year.

These calculations do not include the small Earned Income Tax Credit that he may be eligible for.

Finally, let’s look at the double-income no-kids (DINK) resident couple. They make $100,000 combined and have $400,000 in student loans. Here’s how their taxes look in the new tax system.

Because of their higher income, this resident couple will receive the highest tax cut of the three residents in our example (more than $2,300).

For those who want a more detailed look at the tax bill, take a look at the excellent summaries by Michael Kitces and CNN. If you’re curious about what the tax brackets would have been in 2018 without the new tax law, check out this summary from Forbes.

The recently passed tax bill should lead to a tax cut for the vast majority of medical trainees. Use your tax cut wisely to pay off your student loans, build an emergency fund, or invest in a retirement account. 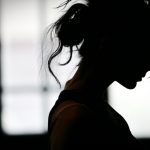 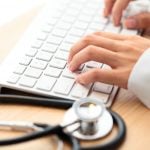