As we continue to lead longer and healthier lives, too many Americans aren’t taking advantage of an easily accessible set of tools that could protect their well-being into old age: adult vaccines. As a nation, we’ve embraced a regular schedule of vaccines for our children. But science shows that they are proven life-savers for us grown-ups, too.

The numbers are staggering: tens of thousands of Americans die each year from flu while another 200,000 people will be hospitalized with the disease.

Some 19,000 people over 65 will die from pneumococcal pneumonia, which also puts 200,000 people in the hospital each year and adds $5.5 billion in disease-related costs.

And every year a million people in the U.S. will get shingles, a viral infection that will strike one in three Americans during their lifetime.

Every one of these diseases is vaccine-preventable. The problem is that vaccination rates for adults are way below public health targets, risking the health of hundreds of thousands of adults and threatening to drive up the nation’s health care costs.

Healthy People 2020, a 10-year initiative to improve the health of all American adults, set an immunization goal for influenza at 70 percent. But during the 2015-2016 flu season, only 42 percent of people 18 and older got the vaccine, according to the Centers for Disease Control and Prevention.

For pneumonia, the CDC found that 61 percent of adults 65 and older, the most vulnerable population for the disease, said they had ever received a shot for pneumococcal pneumonia, short of the Healthy People 2020 goal of 90 percent.

And while the CDC recommended that all adults over 60 get the vaccine for shingles, only one in five got the shot between 2007 and 2013.  Last October, FDA approved a new and far more effective shingles vaccine, and the CDC now recommends that adults 50 and get vaccinated against the disease, with the goal of driving up rates to protect more people from this painful and debilitating disease.

With an aging U.S. population – the number of Americans 65 and older will more than double from 46 million today to over 98 million by 2060 – there’s a critical need for a national strategy of disease prevention, not just treatment. “We must immunize to prevent, rather than waiting until adults require acute care to treat disease,” the Adult Vaccine Access Coalition concluded in a 2016 report.

Adult vaccination, it said, “improves health and reduces costs” and “is at the foundation of healthy aging.”

A number of barriers stand in the way of progress in boosting adult vaccination numbers and meeting public health immunization goals. With the possible exception of the influenza vaccine, most adult patients don’t know about the risks and consequences of vaccine-preventable diseases, which shots they should get and when they should get them. Many think that eating healthy and exercising alone are enough to prevent disease.

And doctors (and pharmacists) have a responsibility to help remove these barriers, too — they can better provide a strong recommendation for vaccines and pair it with discussions about chronic diseases. Compounding the problem is less-than-adequate record keeping to track adult immunization across all stakeholders in the healthcare system.

In addition, while most health insurance plans cover routinely recommended vaccines with no out-of-pocket cost to patients 64 and under, the majority of Medicare enrollees must pay a share of the cost for shingles and other Medicare Part D vaccines.

There are, however, some signs of progress.  A recent event featured three initiatives that have successfully raised adult immunizations:

In California, the state’s Department of Health Care Services began requiring Medi-Cal fee-for-service and managed care programs to fully cover all vaccines recommended by a federal government panel on immunization practices. In another policy change, DHCS also began permitting Medi-Cal’s pharmacy networks to administer vaccines and bill Medi-Cal, which covers over 13 million Californians, including one in five adults over 65. The result: a sharp jump in immunizations that, for example, saw vaccinations for influenza increase from 9,777 between January and June of 2016 to 16,249 for the same period in 2017.

Louisiana’s Ochsner Health System, the state’s largest, adopted new guidelines that allow pharmacists, registered nurses and other healthcare professionals to assess the need for and administer vaccines through standing orders. That and a commitment to change by the system’s leaders have helped increase adult vaccinations, achieving employee influenza vaccination rates approaching 100 percent over the last two years and meeting other Healthy People 2020 goals.

At the University of Wisconsin, the School of Pharmacy collaborated with the Wisconsin Immunization Registry (WIR) in a project that demonstrated the value of centralized tracking of patient immunization histories. Armed with information about their patients over 60, pharmacists at one chain drug store were able to educate patients, recommend and then administer vaccinations. The result was a sharp increase for immunizations for pneumonia, influenza, shingles and adult tetanus, diphtheria, pertussis.

For the health of all adults, it’s crucial that we build on the success of these initiatives and commit to both a national strategy and building local champions to boost adult immunization rates, reduce disability, disease, and death and ensure that no one ever suffers from an illness that a vaccine could easily have prevented.

James Appleby is executive director and CEO, The Gerontological Society of America. 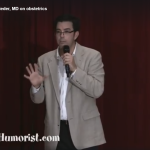