I asked a colleague at a recent dinner meeting about his children. They’re all grown, he said, one is actually a doctor. But, he added quickly, “I had nothing to do with it.” His son had chosen his father’s field of radiology, though my colleague similarly disavowed any influence. He did mention, with some relief, that his son was happy with his choice.

About a year earlier, I was catching up with an attending I worked with in fellowship. Her son was attending medical school “against my better …” She trailed off.   “Judgment,” I asked?  She was pained to continue.  I’m not sure I would have recommended it to him, she managed, but he’s persisted.

My grandfather was an internist. The type who made house calls and carried a black bag. When patients were sick, they called the house, and my grandmother took the message. Watching him as a young child, I knew. It had chosen me, before I was even old enough to know what a career in medicine meant. Before I knew about RVUs, peer to peer calls and Press Ganey. When I was applying to medical school, my grandfather was more cautious than encouraging. “It’s changed so much Elizabeth, I’m not sure I would do it again,” he said, with a sadness that stretched through the creases of his eyes.

I asked one of my partners, whose parents are from Korea and her father is also an oncologist; did she feel pressure to go into medicine? Of course, she laughed. Unlike my grandfather, her father had encouraged her. Though she has no regrets and is a very successful oncologist, beloved by her patients, she would hesitate to advise young prospects to go into medicine. Another partner was more circumspect with his children and did not encourage them into his field, though his father, a factory worker, was very specific with him: “You will be a cardiologist,” he instructed, “One that does catheterizations.”

As I read through the college applications for my second oldest daughter, a senior, I found those same words. Major: math (or for some schools inexplicably undecided) with the pre-professional box checked as pre-med … consistently, every application. I had some hints of this previously. In the last months, we had talked of applications, gap years, interviews and tours, some conversations deep and insightful, others frustrating and disappointing. I’m going to be an actress, she announced. If that doesn’t work out, I’ll be a doctor. We smiled. I found auditions for her to try, which never materialized, but here we were, days before the January first deadline, doing the final edits. We didn’t speak of it.

Five years earlier, I might have reacted more viscerally. But satisfaction with my career path has evolved. I have partners that I know, trust and genuinely like working with. To say that the practice of oncology is an exciting field feels ludicrously understated. I’ve developed long-term relationships with patients and guided others through the remainder of their lives, and learned to appreciate and value the depth of the importance of being a part of that chapter in someone’s life.

I know my reaction to my daughter applying pre-med, I hope the prospective colleges will be understanding. She lists it in every application, but does not mention it anywhere else. Not in her essay (about life lessons from playing boys hockey) or any supplemental information, additional essays or even when asked explicitly for career plans. I suspect that is because it comes from a box deep inside that she has peeked in, but may be afraid to open fully, lest the contents spill out and cannot be packed back in neatly.

It isn’t that I doubt her ability to get through it, and even excel in medicine. I can see her commanding an operating room and caring compassionately while remaining focused on decision making.  Like my radiology colleague, I want her to choose medicine only if she truly wants it. I have taken therefore a very distant approach to her aspirations, trying to give her the space and freedom to make the choice without my influence.  That may not matter: She has never been one to follow, but is instead quietly passionate, intrepid without being foolish, preferring instead to chart her own course.  All qualities that also make a good physician.

Elizabeth Blanchard is a hematology-oncology physician. 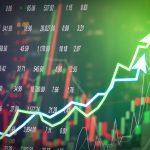 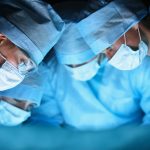 What is the right reaction for a physician when her daughter goes pre-med?
15 comments