You’ve probably already seen the news: A 6 year old boy in Florida has died of rabies. He had handled a sick bat (some reports said he was trying to rescue the critter), and that was enough contact to transmit the virus. Once symptoms begin, rabies in almost always fatal — so the only way to prevent this from happening again is to avoid contact, and get rabies prophylaxis (a series of injections) if there’s an exposure.

Yes — in a way. In the U.S. there are only a handful of human cases a year (43 cases from 2000 through 2013, the most recent statistics I could find.) But there are an estimated 60,000 deaths a year worldwide. So, travelers, be especially wary of animal exposures overseas. In fact, if you’re traveling to the developing world to an area with likely animal exposures and no access to medical care, it may be wise to get rabies immunizations beforehand.

How can people catch rabies?

It’s a zoonotic infection, meaning we catch it from animals. Only the saliva transmits rabies virus, so most infections come from bites (or sometimes scratches, since animals aren’t always so keen on washing their hands with soap and water).

Any mammal could potentially become sick with and transmit rabies, but in the U.S. almost all transmission is from a few carnivorous animals: bats (by far the most common source, accounting for all but 4 of those 43 cases), raccoons, skunks, foxes, coyotes, and bobcats. Small rodents (rats, mice, squirrels) and lagomorphs (rabbits, hares, and pikas) would very rarely be possible carriers. Animals with rabies may act sick, and may be especially aggressive or bitey, so always be wary of any sick mammal, especially bats.

Worldwide, the most common source of human rabies are domesticated and semi-domesticated dogs. A campaign to vaccinate pets and farm animals has virtually eliminated this kind of transmission in the U.S. — so keep vaccinating your animals!

What are the symptoms of rabies?

The incubation period is typically 1 to 3 months, though it can be days or years after exposure before symptoms develop. It’s a quickly progressive illness that often begins with acute anxiety, pain and other sensory abnormalities, unstable blood pressure and pulse, and sometimes “hydrophobia,” an extreme fear of water. (Hydrophobia is a historic name for rabies.) These symptoms progress to coma and death.

There have been three reported survivors of rabies over the last 20 years, all teenage girls treated with a very aggressive protocol of intense medical support, including medical-induced coma and artificial ventilation. Despite this care, most patients will die.

What should I do to prevent rabies?

Make sure domestic animals are vaccinated, and take them to the vet if they’re sick.

Approach wild animals with respect, and teach this to your kids, too. Wild animals should not be approached, or trapped, or captured, or kept as pets. If you see an animal that’s acting sick, especially a mammal, stay away. If it’s the kind of mammal that’s likely to transmit rabies (a sick or wild dog, or a raccoon, skunk, fox, coyote, or bobcat), contact animal control or your county health department. Keep children away.

What if someone gets bitten or scratched by one of these animals?

First, clean the wound with soap and running water. Then go see your doctor, or go to the emergency department. Do not delay. If necessary, post-exposure injections can be given which will virtually guarantee that rabies won’t occur. These injections will not help once symptoms begin — they must be given before rabies develops. Public health people and other experts consider the circumstances of every case before deciding whether rabies prevention is needed — don’t rely on this post, or what you read on the internet, to decide if you need rabies shots. Go see a doctor right away if there’s been a potential exposure.

If it is possible to do it safely, trap or capture the biting animal. That will prevent other people from getting exposed, and will allow health authorities to test the animal for rabies.

In some circumstances, a biting animal can be observed in captivity for ten days for signs of illness.

Bats are a special circumstance. They’re the most common rabies transmitter in the U.S. And small bats, especially, could potentially bite a sleeping person without anyone noticing. Young children may not be able to communicate exactly what happened during a bat incident. So if there’s a bat that’s been in a room with a sleeping child, or a child who’s been playing with a bat or near a bat for any reason, go see a doctor. (If you can capture the bat, or kill the bat and bring the carcass including the head, that can help — only if you can do this safely.)  Even if the risk of transmission is low, the consequences of not treating a rabies exposure are horrible. 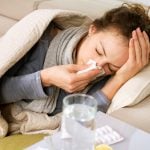 Stop opioid addiction where it starts: in the hospital 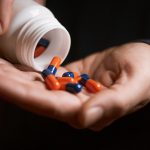