I went to a fairly expensive college, George Washington University. I think at the time (1998) it actually was one of the, if not the most expensive schools. Why did I decide to go there? Well, my brother was attending the school and living in Washington, DC seemed amazing to a suburban boy from Tennessee. Sure, I had gotten into University of Tennessee with a scholarship, but adventure won over finances.

Through a combination of high school AP classes and smart planning, I was able to meet all of my medical school and major (BA in religion) requirements in three years. That move alone saved me over $30,000 between tuition and room and board. I also worked throughout school and was an RA for a year and a half. All of this led me to graduate with less than $30,000 in debt or a third of what my education cost.

Then medical school came along. I had applied to an early selection program and was accepted into the George Washington University School of Medicine without having to take the MCATs at the end of my freshman year. It was a sweet deal, and one many people would kill for. I was grateful for the opportunity and switched my major from biology to religion. Who needs all that science when I was going to get it in medical school anyway?

That should have been the end of the story, but then I got to thinking.

That sounded crazy to me. So I made a plan. I would take the MCATs, and I would apply to my state school, the University of Tennessee. If I got in it would be great. I would save money and move in with my brother. (He had started medical school there after my freshman year.) If I did not get in, well then I still was going to be a doctor, just at a higher cost.

The cost of medical school at the University of Tennessee was around $10,000 a year when I started, and it increased to $16,000 by the time I graduated in 2005. This led to a tuition bill of approximately $52,000. The cost of living was also much cheaper in Memphis compared to Washington, DC. Living with my brother made it even cheaper. I did, however, play hard and so I took all the loans I could get. I think I maxed out at about $15,000 a year. This led to a total loan amount of approximately $112,000 for those four years as opposed to $220,000 for living in DC.

So one smart mistake (going to public school) countered one young man’s mistake (maxing out loans).

I checked my consolidated loans on writing this article. It states that I started with a loan value of $152,477 when I consolidated college and medical school debt in 2005. When I started paying my loans back after years of deferment and hardship forbearance in 2011, the amount had ballooned to over $180,000. On top of this, I took another $10,000 loan in my last year of medical school because I could. This was just plain stupid, but at least I had been smart enough to go to public school.

Let’s consider if I had gone to GW and taken out $250,000 by the time I graduated medical school (College plus medical school debt). At 3% (my consolidated rate) this loan would balloon to $308,417 compounded daily over seven years as opposed to $188,106 for my public school debt.

That one decision to go to University of Tennessee saved me $120,311 total of which approximately $98,000 was tuition and another $20,000 was interest over the course of the seven years I was not making payments.

The cost of private school for me would have been $120,311. That is a lot of cash and basically the amount of my four years of medical school.

Not deferring payments for 7 years

Let’s also imagine I had started paying off my debt as soon as 2005 rolled around, then I could have easily saved an additional $30k that had compounded in interest over the seven years I waited to pay back my debt.

So what is the lesson here?

Public schools are great and can save you a lot of money. If you can afford to go to private school and believe the networking will make a difference to your future, then go for it. As far as the education, it is what you make of it. If you are smart and a hard worker, a public school will provide just as strong of an education.

Don’t take out more loans then you need and start paying them off as soon as you can. Live within your means and don’t use loan money as an excuse to spend. 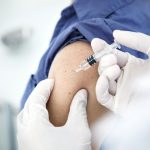 Is private college and medical school worth it? One physician’s story.
7 comments