Americans witnessed the many failed attempts of our elected officials to reform our broken health care system over the past year. Some call for repealing and replacing the Affordable Care Act (ACA) while others think it is the cure-all for what ails our system. The simple fact that politicians fail to consider is the fact that having health care coverage does equate to actually receiving health care services.

In fact, the U.S. is the only country in the world where its citizens file bankruptcy due to medical costs. This is despite the fact that the majority of these patients were covered by health care insurance for the entire year these expenses were incurred. I challenge politicians to step outside their little worlds and answer that question. How can patients go bankrupt while being “covered” by medical insurance? Perhaps, when that question is considered, the fundamental problems of the system can then be examined. Until then, our system will continue to exclude certain patients from receiving medical services, and the disparities in health care will be an uncrossable gulf.

I further challenge our elected legislators to address why health care is so expensive.  If coverage is mandated while prices continue to soar, we will bankrupt the nation. Mandated care is not the solution. At least try to understand the costs before you toss out unworkable solutions. Too much of taxpayer money has been wasted by those pandering solutions without investing any thought process into it. How many of those voting on recent bills actually read the pages and pages of legally worded trivia? I challenge politicians to actually read the, shall we say garbage, that key politicians are advocating?

Ever wonder why a medication costs so much at the pharmacy? Pharmaceutical companies create medications that are patented, and no one else can manufacture the same medication for a number of years. Basically, those companies hold monopolies over their highest costing products. They can charge whatever they want. They claim those costs go into research and development. However, look at the profits of those companies and the salaries of their executives. Also, the fact is that those companies spend more on advertising than research and development. Yet, there is little oversight into their business practices. As key players in our nation’s economy, politicians fear angering them and losing their political support.

Third party insurance companies also operate with little oversight. The top executives of the biggest companies earn tens of millions of dollars annually. Yet, a patient cannot get the medications they need because the insurance company will not pay for it. Also, a patient may be suffering and cannot be diagnosed because the insurance company will not pay for a test that is needed in order to know what is wrong. Does anyone else see a clear conflict of interest in the fact that those denying medical services are the same ones that profit when those health care costs are denied? Again, politicians don’t want to lose the support of these powerhouses of the U.S. economy. Yet, they mandate, at the point of being threatening with tax fines, to do business (buy premiums) from these same companies that deny them needed services.

Everyone knows a hospital visit can cost more than buying a new home, or a college education for a classroom of teens. Hospitals are allowed to charge facility fees on top of their customary fees. In essence, they end up getting paid twice for the same services. Executives at hospitals may not earn as much as the companies but did you ever notice how many of them are? If there is a department, there are several executives. If there is a project, there are several managers. There is a well-known graph that shows the rise in health care costs directly corresponds to the number of executives. These executives do not treat patients of directly benefit patients in any way. Their main job function is to maximize profits for their hospitals.

If politicians really want to address the problems in health care and fix our broken system, they will never succeed until they step out their comfort zone and actually think, using their own neurons, about the regulations they are proposing and/or voting on. They will fail unless they worry less about big company support and actually care about their fellow human beings. My question is: Are any of them actually capable of this? Or do we all just stand by while our health care system implodes and people die for the sake of political corruption?

What a toddler can teach physicians about the stock market 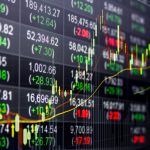 If politicians really want to address the problems in health care, this is what they should do
4 comments