A 22-year-old woman is evaluated for a 2-year-history of abnormal involuntary movements. She describes these movements as a quick elevation of the left shoulder followed by a rolling movement of the neck from side to side. The patient is able to suppress the movements completely for brief periods but then feels pressure building at the left shoulder and the urge to release it. She has experienced no other abnormal movements recently but reports uncontrollable blinking 5 years ago and occasional facial grimacing 3 years ago, both of which resolved after 2 years. She also recently has exhibited obsessive-compulsive behavior, such as repeatedly checking that the oven is turned off and all the doors are locked. The patient has anxiety disorder treated with cognitive behavioral therapy. Her father and brother have facial twitching. She takes no medication.

On physical examination, vital signs are normal. The patient is asked to relax and not suppress any movement, after which the left shoulder quickly elevates, followed by the described repeated slower rolling movement of the neck. In the interval between movements, the neck is at midline with no evidence of pulling, tilting, or turning. The movements are more frequent initially but completely disappear during the second half of the visit. She often clears her throat, even during conversation, and frequently blinks. Neurologic examination findings are otherwise unremarkable.

This patient’s clinical presentation is most consistent with a tic disorder. Tics are repetitive, stereotyped, suppressible movements typically preceded by an abnormal sensation (premonitory urge). She previously has experienced simple motor tics and has a positive family history of facial twitching. The presence of vocal (repetitive throat clearance) and complex motor (shoulder elevation followed by neck rolling) tics, the persistence of symptoms for 1 year, and the comorbid obsessive-compulsive disorder are all consistent with Tourette syndrome. Tics can wax and wane, and old tics can be replaced by new ones over time, but at any given time, a limited number of stereotyped movements are present during clinical examination.

Dystonia consists of patterned and directional movements limited to certain parts of the body. However, dystonia is typically sustained and nonsuppressible. The presence of vocal tic, the premonitory urge, and the long history of waxing and waning of various types of movements in this patient also make dystonia unlikely.

Myoclonus consists of a single, rapid, shocklike muscle jerk. Complex stereotyped movements (such as shoulder elevation followed by neck rolling) and suppressibility are inconsistent with myoclonus. 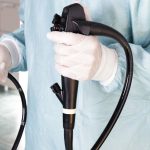 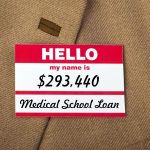