In the early 1960s, President John F. Kennedy said, “The time to repair the roof is when the sun is shining.” It was a clarion call, a full-throated warning against national complacency in an era of great prosperity.

It was during this same period that community hospitals stood as the dominant force in American health care. By the mid-20th century, some 6,000 inpatient facilities had spread throughout the country, often serving as the financial glue of their respective communities. With well-paying jobs and boards made up of dignitaries, local hospitals aroused a great chorus of civic pride.

But in recent times, the proverbial roof over America’s hospitals has fallen into disrepair. Thanks to operational inefficiencies and declining utilization, more and more hospitals are experiencing financial problems and waning influence.

As health plans, pharmaceutical companies and new care-delivery entrants gain market clout at the expense of the hospital industry, panic is starting to set in. These developments have spurred a recent uptick in hospital mergers, which look more like deals of desperation than long-term growth strategies.

Mergers and acquisitions (M&A) typically serve one of two purposes. The first is to create a more efficient organization. Combining forces can help merged entities weed out redundancy and bolster innovation, resulting in superior products or services at lower prices. The second reason is to build negotiating clout and raise prices.

Most recent hospital mergers, such as the one announced late last year between Dignity Health and Catholic Health Initiatives (CHI), hint at the latter.

Expected to close in the second half of 2018, the agreement would create one the nation’s largest nonprofit health systems, bringing together 139 hospitals across 28 states with $28.4 billion in revenue. According to a joint press release, the merger represents “an incredible opportunity to expand each organization’s best practices … and deliver high-quality, cost-effective care.”

Indeed, the Dignity/CHI merger could be an opportunity to improve quality and lower costs, but there’s little evidence these financially challenged hospital systems will accomplish either as a combined entity.

In fiscal 2017, Dignity Health experienced a $66.8 million operating loss, worse than in the previous year. Meanwhile, CHI saw operating losses grow from $371.4 million in 2016 to $585.2 million last year. Put these numbers in front of a group of MBA students (or most CEOs working outside the health care industry), and they’d all come up with the same M&A strategy: (1) close or combine under-performing facilities, (2) eliminate duplicate clinical services, and (3) reduce administrative overhead.

Instead, Dignity and CHI appear poised to do the opposite. The San Francisco Chronicle reports, “There are no current plans to close any facilities,” and by inference, no job cuts among the health system’s 159,000 employees. Further, the organization announced it will retain co-CEOs, a move that’s almost always more politically expedient than operationally effective.

If the Dignity/CHI merger proves to be less about improving efficiency through consolidation –  more about negotiating higher prices with insurers – they wouldn’t be alone.

Three days before the Dignity/CHI deal was announced, Aurora Health Care, the largest health system in Wisconsin, agreed to combine operations with Advocate Health Care Network, the largest health system in Illinois, a merger that would create the nation’s 10th-biggest nonprofit health system. A week after that, the Wall Street Journal (subscription) reported Ascension Health and Providence St. Joseph Health were in talks to create the nation’s largest hospital chain, with 191 hospitals in 27 states and annual revenue of $44.8 billion.

So far, none of these prospective health systems have demonstrated a willingness to make the hard decisions necessary to improve operational performance.

Hospital CEOs understand it’s much easier to expand clinical services and raise prices than it is to consolidate volume in fewer facilities or demand doctors adopt more efficient practices. And, of course, no CEO wants to be the one to tell a community its local hospital will close.

Why raising prices isn’t the solution

Raising hospital prices through M&A isn’t a new phenomenon. In 2016, a California-based study found that Dignity Health’s prices were 25% higher ($4,000 more per patient admission) than at other hospitals in the state, a result of Dignity using its market power to demand higher rates. This past November, a California superior court judge ruled that Sutter Health, itself the beneficiary of a 1996 merger, intentionally destroyed evidence in a lawsuit that accused the health system of inflating prices and abusing its market power.

American hospitals have long had the clout to charge whatever they wanted. But today’s purchasers, including the government and major employers, are growing impatient. They’re tired of paying exorbitant rates, especially for services that can be delivered more efficiently elsewhere. Independent “surgicenters” now offer same-day procedures at lower costs than local hospitals. Meanwhile, more patients are being referred to pharmacy-based walk-in clinics rather than going to their local Emergency Room.

Further accelerating the patient migration from U.S. hospitals are moves from insurance giants like United and Humana, which have begun acquiring physician groups, diagnostic facilities, home health practices and other forms of care delivery in bulk.

In a hospital industry that’s heavily dependent on its people, self-disruption will be the only way to lower the cost structure. It will require hospital CEOs to implement more effective approaches for delivering higher-quality care for more patients with less staff in fewer buildings.

Few organizations in any industry find consolidation and downsizing attractive. But the alternative, being disrupted by others, will prove far more painful for hospitals. Unless CEOs are willing to embrace strategies that focus on operational efficiency, their bottom lines will continue to erode as patients pursue more convenient and lower-priced care elsewhere.

Being a doctor isn't glamorous. But this physician keeps coming back for more. 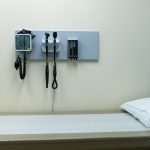 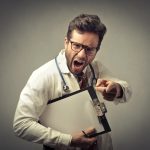 Why hospital mergers are destined to fail
2 comments