Recently, pharmacy giant CVS agreed to purchase Aetna for an astounding $69 billion dollar sum. The company allegedly plans to reduce health spending by developing an integrated system touted as “a new front door for health care in America.” This merger is actually an acquisition, entailing transfer of ownership. The central aim of an acquisition is to increase market share, expand the scope of services provided, and improve financial stability. CVS hit the jackpot on all three objectives. While Wall Street investors celebrate, many of us knowledgeable in the delivery of health care services are wondering who will bear the responsibility for the patients harmed by this experiment?

Aetna has compiled vast amounts of data from 22 million health plan members. CVS provides pharmacy benefits management to nearly 90 million consumers. Together, with 10,000 stores and 1,100-minute clinics already in the CVS network, this acquisition will create a “Walmart for health care.” Applying bulk-purchase business strategies to the sale of merchandise is one thing, while providing health care services by ‘trial and error’ to human beings is another matter entirely. Bypassing physicians to deliver health care by protocol categorically jeopardizes patient safety.

Executives at Aetna-CVS plan to utilize pharmacists and nurses in the evaluation of acute illness and management of chronic disease. If an insurer, drugstore, and pharmacy benefit manager unite as one, it will usher in an era of medical “segregation,” with segregation defined as the isolation or separation of a race, class, or group by enforced or voluntary restriction, by barriers to social intercourse, by separate educational facilities, or by other discriminatory means.

CVS-Aetna executives are hypothesizing these clinicians working independently can provide “separate but equal” health care services at a lower cost than physicians. There is no scientific evidence their assertion is true or even possible. Their innovative business model will be, in a word, an experiment on citizens of this nation. In Brown v. The Board of Education in 1954, the Supreme Court already ruled unanimously “separate educational facilities are inherently unequal” and are in violation of the Fourteenth Amendment equal protection clause (“no state … shall deny to any person … the equal protection of the laws.”)   Why is “separate but equal” acceptable for health care? It is not.

For example, recently, a mother brought in her 18-month-old with a fever, runny nose, and ear pain. On examination, he had an ear infection and was prescribed Amoxicillin. The next evening, he refused oral intake, and developed a rash in his mouth, and on his hands and feet. The mother took him to a retail clinic after work that evening. MinuteClinics are convenient because they accept walk-ins, charge by the visit, and order tests by protocol, like when ordering dessert, a la carte in a restaurant.

At the retail clinic, a rapid flu test was negative, and a rapid streptococcal test was positive. Using this “information” to guide diagnosis and treatment by protocol, his “strep throat infection” in conjunction with a rash was assumed to be scarlet fever, which was theorized to be “resistant to Amoxicillin.” The clinician prescribed Omnicef inappropriately, believing something “stronger” was required for streptococcal bacteria.

Having regular commercial insurance, the mother returned to my office for medical care when her son continued complaining of ear pain despite the “stronger” antibiotic two days later, and his oral lesions continued to multiply. His exam revealed herpangina (a variation of the hand, foot, and mouth virus) and his eardrum was now bulging with pus. I recommended restarting the amoxicillin and for her son drink cool liquids until the oral lesions resolved; the child recovered uneventfully.

Pharmacists and nurses will be thrust into independent roles for which they are ill-equipped to handle, and if using this shotgun approach, costs will continue their upward climb. First, children under two rarely get streptococcal throat infections, so strep tests should not be routinely administered in this age group. Secondly, symptoms of streptococcal infection are narrow: sore throat, fever, swollen lymph nodes, and abdominal pain in the absence of a runny nose and cough. A positive test in this child indicated they were a carrier which needs no intervention. Third, scarlet fever looks nothing like herpangina, which is a virus and resolves on its own. Fourth, Omnicef, at a cost of $150 per course, is not a first, second, or even third-line treatment for group A streptococcal infection; the first line choice is amoxicillin, costing less than $5.

If this ill-advised merger between Aetna and CVS proceeds, millions of lives will hang in the balance. This new business model reminds me of the scene from Dickens’ A Christmas Carol, when Ebenezer Scrooge sees the Cratchit family mourning the loss of Tiny Tim. Research has shown life expectancy is proportional to the ratio of primary care physicians available per 100,000 population. How many children, like Tiny Tim, will be harmed before lawmakers and the public refuse to accept a future devoid of primary care physicians?

Thankfully, time has a way of revealing truth. CVS considers having a medical degree to be an “obstacle” to affordable medical care, which they plan to eliminate with “one-stop shopping,” having pharmacists and nurses practicing medicine by protocol. A segregated, two-tiered health care system will ultimately emerge as Aetna members are directed to MinuteClinics without access to physicians while those on other commercial insurance plans will see the physician, nurse practitioner, or physician assistant of their choice. Changing the delivery of health care services by circumventing physicians to save money is equivalent to gambling with patients’ lives. This vertical business model should induce fear and panic in all of us; we should run for our lives, literally and never look back. 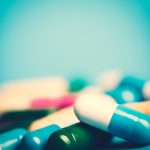 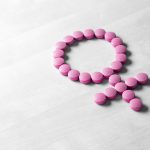 The CVS-Aetna merger: millions of lives hang in the balance
30 comments