In today’s health and political discussions, opioid abuse dominates the conversation despite being only part of our country’s substance use epidemic. Prenatal substance use remains an uncontrolled public health problem with high costs to women, children, and society. Part of the problem is the difficulty in measuring the extent of the problem nationwide.

Most prenatal substance use prevalence data comes from substance treatment programs and national self-report surveys, likely leading to an underestimation of the total number of prenatal substance users. The 2012 and 2013 National Survey on Drug Use and Health found that, in the month prior to being surveyed, 15.4 percent pregnant women aged 15 to 44 used cigarettes, 9.4 percent used alcohol (2.3 percent binge alcohol drinking, 0.4 percent heavy drinking) and 5.4 percent used illicit drugs. Additionally, an estimated 5 percent of all women entering any treatment program in the U.S. are pregnant.

Studies demonstrate a clear link between perinatal substance use and adverse maternal and child outcomes as well as high costs to society. Depending on the stage of fetal development, substance use can lead to congenital malformations, abnormal growth, miscarriage or stillbirth, low birth weight, preterm birth and neurocognitive delays and deficits as alcohol and most drugs cross the placenta.

Sadly, the criminal justice system, not the health care system, accounts for the largest proportion of referrals for pregnant women in substance use treatment programs. As the country enacts policy and practices to battle the current substance use epidemic, prenatal substance users are in dire need of evidence-based methods.

Additionally, 23 states and D.C. require reporting perinatal substance use to authorities, and seven states require toxicology testing if drug use is suspected. For example, the Alabama Supreme Court held that drug use while pregnant is considered chemical endangerment of a child and the South Carolina Supreme Court held that a viable fetus is a “person” under the state’s criminal child endangerment statute and constitutes criminal child abuse. Proponents argue these punitive policies protect women and children from perinatal substance use.

However, studies show that pregnant women have improved outcomes after participating in substance use disorder treatment programs and receiving long-term social services but often do not seek out prenatal care and treatment programs when punitive policies are in place. Professional groups like the American Congress of Obstetrics and Gynecology, the American Medical Association and the American Psychiatric Association support universal perinatal substance use screening for treatment referral but argue that punitive policies increase the risk of fetal and maternal harm. They deter pregnant women from using prenatal care and seeking treatment out of fear of criminal action. Though current federal law requires priority admission to publically funded substance use treatment programs, punitive state interpretations of CAPTA prevent pregnant women from actually accessing these services.

Now is the time to make significant and evidence-based changes to national prenatal substance use policies. Public health care systems in California, Washington, and West Virginia implemented harm-reduction models of care that include screening, assessments, referrals to treatment and mental health programs, and substance counselors and education.

In West Virginia, these changes led to increases in pregnant substance users achieving abstinence and $34,000 savings per infant for care. Within the private sector, Kaiser Permanente implemented Early Start, an integrated clinic-based perinatal substance intervention program that provides assessment, education and ongoing counseling to women at-risk for and currently dealing with perinatal substance use and led to lower rates of both maternal and infant adverse outcomes. A cost-benefit analysis of the Early Start program showed that if similar programs were implemented through the U.S., there would be a $2 billion projected annual savings for 4 million births each year in addition to improved birth outcomes. Integrating other services like childcare and vocational, parenting and educational training would address socioeconomic factors that put women at risk for prenatal substance use and prevent women from seeking treatment. 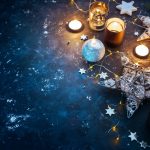 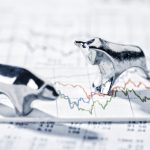